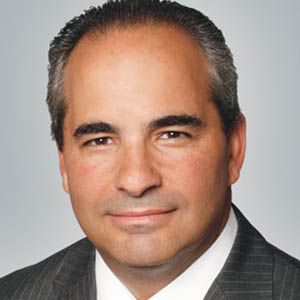 During his 40 year career, Mr. Badame has overseen the construction of some of the world’s most iconic buildings. His current work encompasses several high-profile megaprojects, including Hudson Yards, Manhattan West, and One Vanderbilt. Under his leadership, the Construction Management business has grown to the second largest general contractor in the United States. In addition, his efforts have expanded the company’s coast-to-coast reach, with AECOM now recognized as the largest contractor in New York City and Los Angeles.

Mr. Badame has earned recognition on Commercial Observer’s “Power 100,” was selected as “Humanitarian of the Year” by the Concrete Industry Foundation, and was named the Women Builders Council’s inaugural “He for She” awardee. He serves as Chair of the Board of the Regional Alliance for Small Contractors, Co-Chairman of the Building Trades Employers’ Association, Vice Chairman of the New York Building Foundation, and Trustee of the Citizens Budget Commission.

Mr. Badame holds a B.S. in civil engineering with a structural major from Pennsylvania State University.

Back to AECOM Leadership