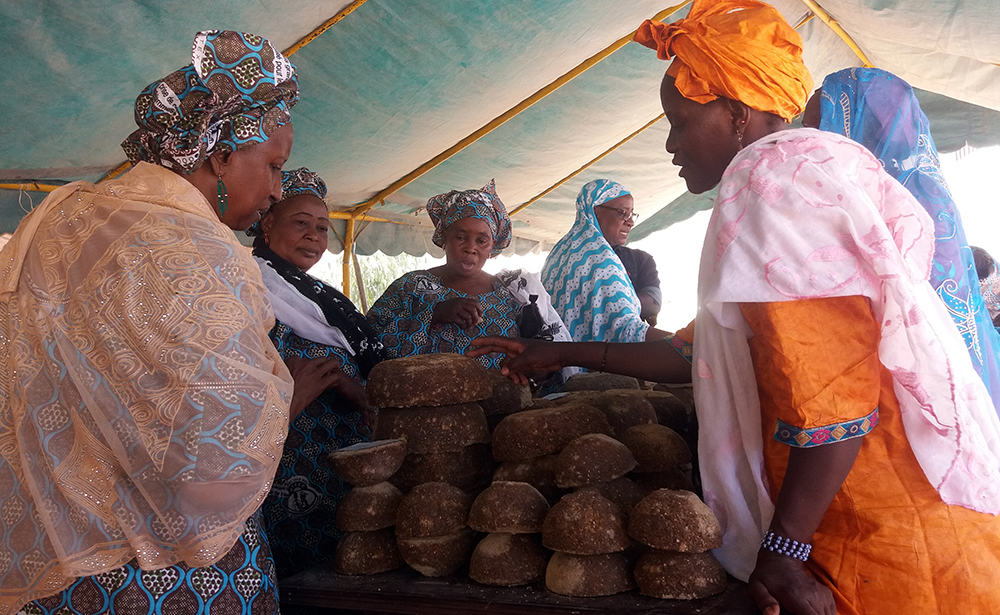 In Mali, women play a major role in agricultural and livestock production. With men typically controlling household incomes and farmland, women’s contributions in agriculture tend to go unnoticed. For International Women’s Day, 2018, our Mali Livestock for Growth (L4G) project saw an opportunity to elevate Malian women’s visibility. On March 8, 2018, L4G partnered with the Regional Directorate for the Welfare of the Malian Woman, Child, and Family to host a local market fair highlighting local women’s agricultural knowledge and artisanal craftsmanship.

The event was a success, attracting close to 500 people, including both men and women from villages surrounding both Mopti and Sévaré. The governor of the Mopti region opened the fair with a speech highlighting local government support for increasing the visibility of Malian women in the agricultural sector. Over 60 female entrepreneurs sold both organic crops and packaged products that they processed themselves, such as bissap syrup, fonio, couscous, rice and dried onions. Six of these entrepreneurs were direct L4G clients from Koro, Bankass and Mopti who showcased handmade cow licks, packages of moringa, cowpea and millet.

One client, Ms. Harerata Maïga from Koro, explained the importance of the fair: “Personally, it has allowed me to sell my products. I was able to exchange contacts with important people, including the Regional Director of Agriculture, who bought licking blocks from me…In the evening I returned [home] with 49,750 FCFA (US $88), which I had not hoped to earn when I first left my village that morning”. L4G clients further benefited from expanding their business links – some became connected to as many as fifteen potential buyers who expressed interest in purchasing future products. 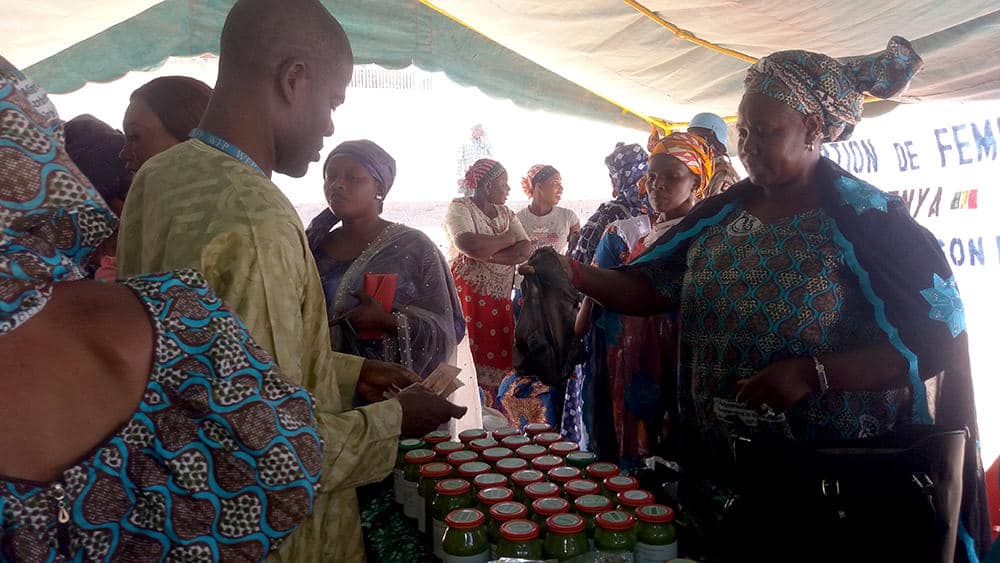 In addition to the agro-food and craft fair, there were also multiple social-arts activities that included singing, dancing and theater productions, as well as an all-women’s soccer match, making the atmosphere fun and lively. The fair included a debate on the role of women in peacekeeping that was broadcast on the radio throughout the Mopti region, allowing even greater reach to an audience beyond those attending on the day.

This fair was a significant step in the effort to build women’s visibility in Mali and to push back and question the strict norms that dominate their lives. As Ms. Maïga explains, the fair “…was a kind of advertisement for us, it allowed us to open up to other horizons”. The L4G clients not only sold much of their wares, but they also interacted and networked amongst themselves as well as with the market visitors who came to appreciate their respective stands. They were even able to educate many fairgoers about the existence and benefits of multi-nutritional licking blocks for animal fattening. L4G believes that these interactions, particularly between the men who spoke to the female entrepreneurs and saw their products for sale, can contribute to the dismantling of negative gender roles that hold Malian women back in both the agricultural sector and in society in general.