Located in the heart of Hong Kong and equipped with fifteen tracks, West Kowloon Station (WKS) is a multi-level underground structure with a footprint of more than 10 hectares (25 acres). It is the largest and deepest underground facility of its kind, with a depth of 30 meters below ground.

Being the southernmost terminus of the national 22,000 km long high-speed passenger rail network, WKS forms the gateway to Mainland China, directly connecting Hong Kong to other major hubs in the country. It functions more like an international airport than a rail station, and accommodates co-located HKSAR and Mainland boundary control facilities. Completed and opened in September 2018, the WKS is now serving passengers on their journeys on the Express Rail Link daily.

Built on reclaimed land, the scale of excavation and structure of this underground project was one of the largest in the civil engineering history of Hong Kong. Following a successful completion of the preliminary design for WKS, AECOM – Aedas Joint Venture was commissioned to undertake the detailed design of the station. The foundation design effectively addressed the complex location of the site, which lies between two railway stations to the north of the West Kowloon Cultural District (WKCD), with large scale high-rise property development above.

Building a major railway station 30 meters underground, and creating an iconic urban landmark at the same time, were key challenges in this project. The AECOM – Aedas JV team addressed this by adopting an innovative architectural and structural design to create a large volume capped by a shell-like dome that rises from the earth, capturing daylight and sending it deep underground.

Although the bulk of the WKS is an underground facility, the landscape emerges from the surroundings with a striking curved and striated roof. The AECOM team’s vision was to develop a green landscape within this densely populated urban setting. The public roof gardens, confluence park and open spaces efficiently weave together with the interior spaces and adjacent urban connectors to become a new urban fabric integrating the transport facilities into the WKCD, the harborfront and the city.

AECOM also played a key role in solving the interface issues with the WKCD during the WKS detailed design. Our team provided interface control documents for the future property developments adjacent to WKS, including the WKCD Interface Control Document and Top-side Interface Control Document for Transit-oriented Development (TOD). The improvement works led by AECOM are now integrated with the WKS structure, with possible connections to the wider WKCD internal road system, such as the underpasses along Lin Cheung Road and Austin Road West.

West Kowloon Station has been recognized with numerous awards for the various parties engaged for its design and delivery. 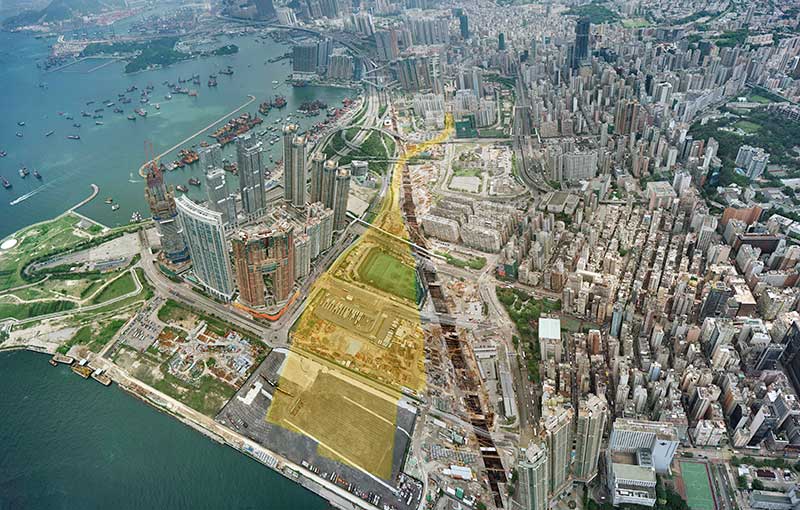 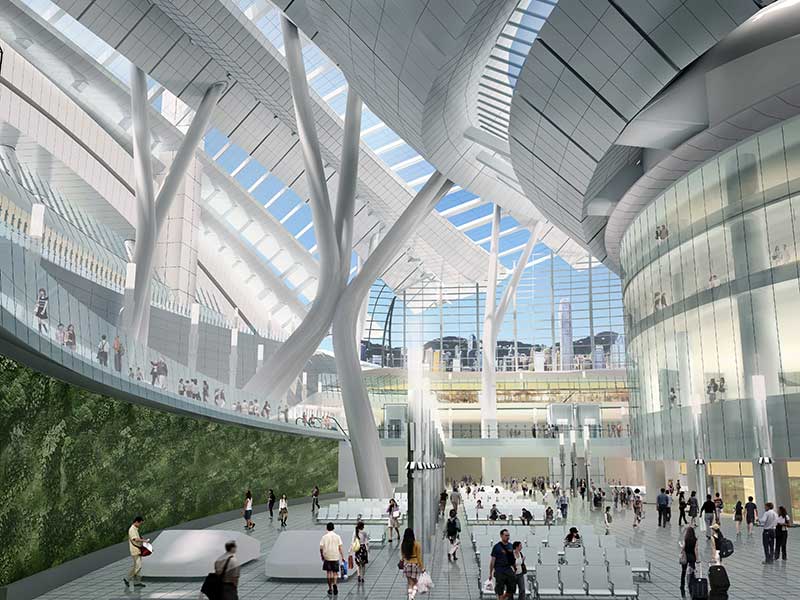