AECOM Hunt managed a three-year renovation of Hard Rock Stadium, home of the NFL’s Miami Dolphins and the University of Miami Hurricanes. Even contending with three separate opening days, AECOM Hunt did not miss one milestone.

Renovations to the six-level, 800,000-square-foot stadium included the addition of a state-of-the-art open-air canopy, which provides shade and protection from the elements for 92-percent of fans while also allowing for ample sunlight for a natural grass field; 65,326 new seats; renovated concourses and concession areas; new suites; and new high-definition video boards in each corner of the stadium. The four spires at each corner of the stadium are visible from miles away when lit at night, standing 357 feet tall.

AECOM Hunt’s strong safety culture was critical for a project of this size and magnitude. There was a period of over 30 months with no OSHA Loss Time Recordable occurrences. 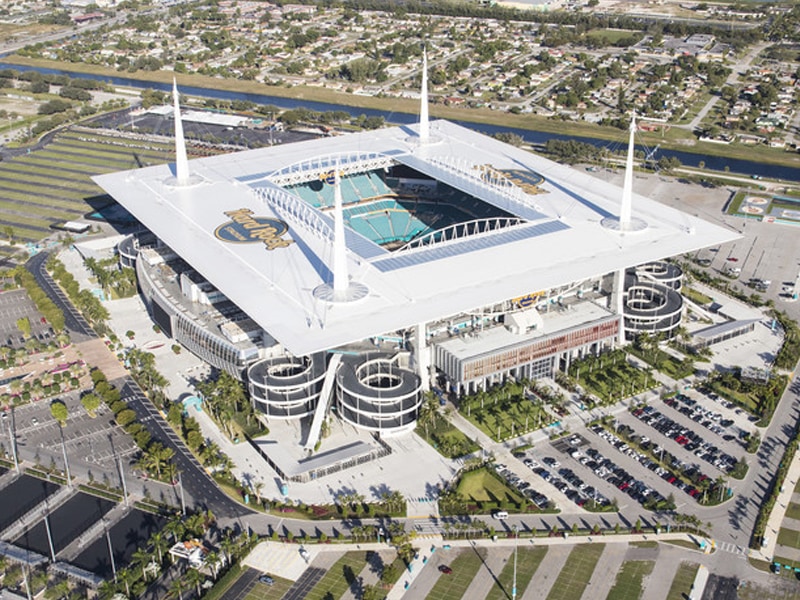