Hyperloop technology will revolutionize how we travel, work, live, and play.

AECOM is partnering with technology companies HyperloopONE and Arrivo, city and state governments, and private developers to understand how to effectively negotiate an urban context in which an individual can effectively commute from one metro area to another more quickly than from a downtown to suburb. Megaregions, such as the Texas Triangle or the Pacific Northwest, will operate in such a way that Dallas and Austin or Seattle and Portland will be suburbs to each other, rather than separate cities. Dallas and Austin, which are 200 miles apart, will be effectively closer in travel time than Dallas to Plano, only 20 miles apart. The altering of land economics will reduce suburban competitiveness while inducing more dense, sustainable, and inclusive transit-oriented development. Time-sensitive industries will rearrange themselves not around highway infrastructure or airports, but on Hyperloop network nodes. By consolidating more development around these nodes, cities can mitigate some of the negative impacts of sprawl and reserve more of the natural environment for conservation and recreational use.

AECOM’s Hyperloop Texas project will allow people and goods to travel between any major Texas cities within 30 minutes, dramatically reducing highway congestion and enhancing air quality. It will move people and goods through a sustainable transport system that emits almost no greenhouse gases and requires little external power. The 640-mile route will create a true mega-region that connects the major logistical hubs of DFW Airport, the Port of Houston, and the Laredo Inland Port along with 18 million people across five major cities. Planning for Hyperloop Texas has included evaluation of regional route alignments, placement of nodes, and analysis of the capacity of the areas surrounding stations to absorb development. 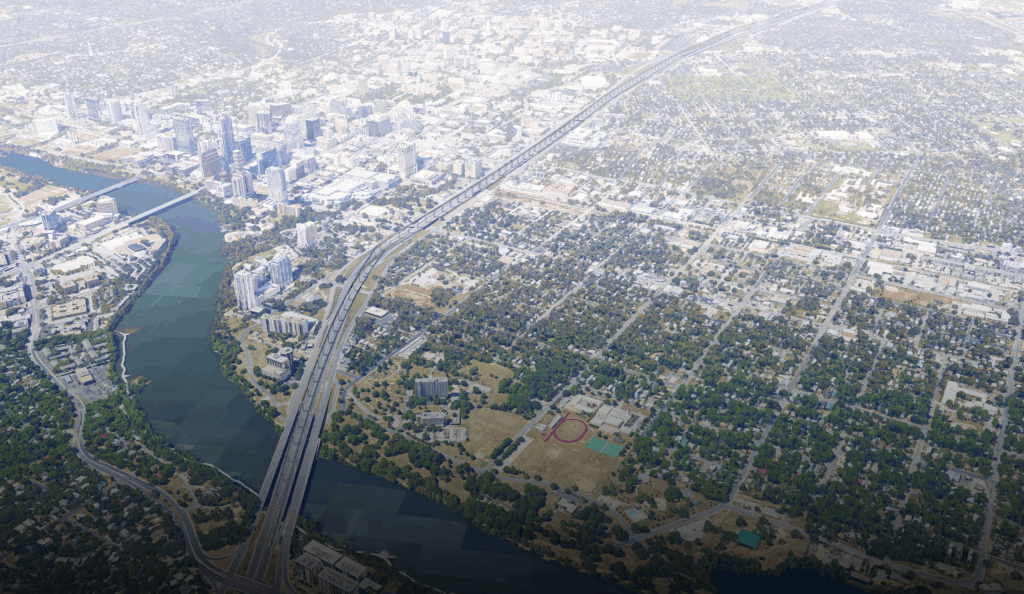 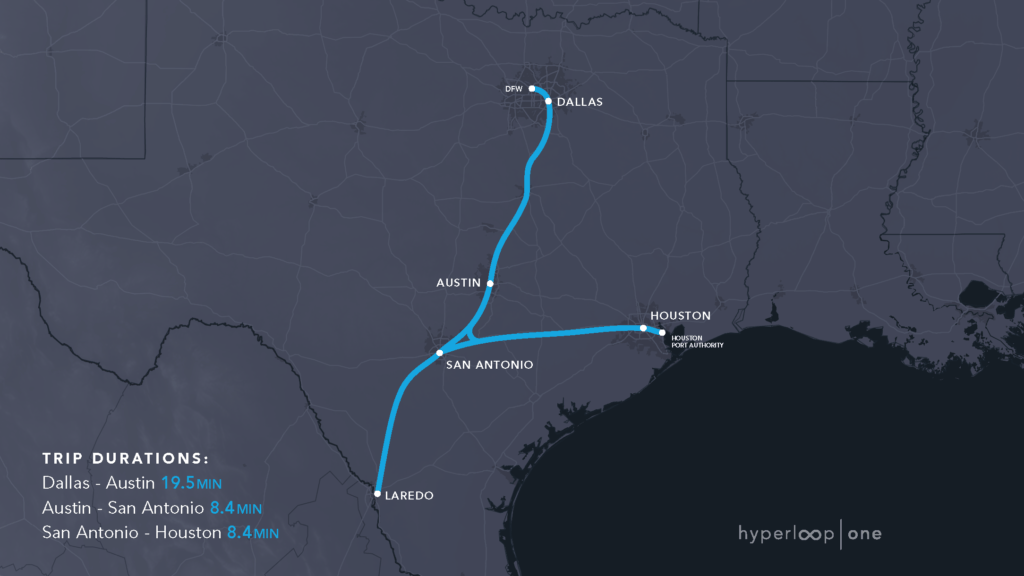