What does it take to become relevant in the global knowledge economy and successfully make the transition into a Fourth Industrial Revolution world?  Among the keys for creating the right conditions for change are Employment and Innovation Clusters writes urban development specialist Tim O’Loan

As world cities scramble to respond to rapid technological disruption brought on by the much-discussed Fourth Industrial Revolution, they must ensure that they capitalise on the opportunities.  This new era of change will drive the next wave of jobs, while attracting investment and underpinning the overall competitiveness of the economy.

In Australia, many cities are facing unprecedented population growth. For example, Melbourne’s population is set to almost double to eight million by 2050. Often ranked as the world’s most-liveable city, Melbourne is on the cusp of significant change to its urban form that will either set it up for continued success, or see its competitive advantage weaken and its quality of life deteriorate.

We believe that Employment and Innovation Clusters (EICs) are key to fostering a successful, growing economy founded on innovation. An EIC increases the stock of knowledge that a city creates and can help commercialise this knowledge and create new products and services that will create jobs, increase tax revenues and spread the benefits of a high standard of living to the broader community. Well-planned, liveable and connected EICs are also central to attracting the entrepreneurs, talent and investment needed to win the innovation race, while providing economic opportunities across the innovation spectrum.

In AECOM’s report, Transforming Melbourne and Victoria with Employment and Innovation Clusters, we consider three critical elements of an EIC: A strong foundation — Governance, leadership and collaboration; The physical cluster — Transit and building an innovation cluster; and, A resilient system — Attracting and retaining key tenants and global talent.

The report also introduces an ‘EIC index’ — a framework of 18 key performance indicators (KPIs) to help policymakers, developers and the community understand the potential of an EIC, its evolution over time, and areas that might require support or intervention.

In compiling the report, released in March 2018, we heard from leading thinkers in the fields of urban development, research and innovation, and public and transport policy, and we looked at research and how cities and governments globally are supporting their EICs. Silicon Valley is the best-known and most-successful example of an innovation cluster. However, new opportunities and disruptive technologies have meant that the once-iconic centre of the technology era has growing competition from centres including Boston, London, Barcelona, Tel Aviv, Toronto and Los Angeles. While it would take quite a leap for Melbourne to become the next Boston or Silicon Valley, it has great potential to increase its knowledge-intensive economy and create significant numbers of new, high-paying jobs.

Our report offers a set of recommendations aimed at helping government policymakers and planners, and the business and development communities, to strengthen our state and its communities in the global innovation competition. The eight recommendations are:

Despite facing unprecedented challenges from technology, economic and demographic trends, Melbourne is exceptionally well placed to benefit from innovative disruption, provided we make the right decisions and implement smart policies. There is an opportunity to create a framework supporting clusters that can be competitive with the best in the world. Visionary leadership, excellent governance, enhanced coordination and cooperation, world-class transit infrastructure, and appropriate policy frameworks can provide a real step up in our efforts to attract the best and brightest — the global innovators — and the jobs and prosperity that come with them.

The opportunity is there. Will we seize it?

To read the report Transforming Melbourne and Victoria with Employment and Innovation Clusters in full, please click here. 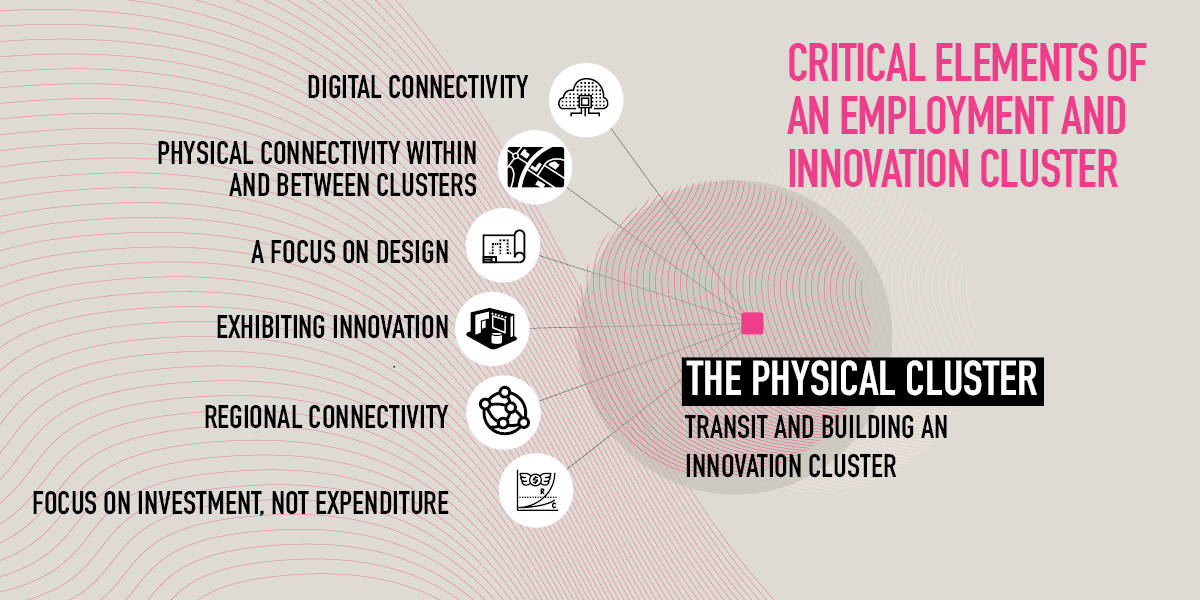 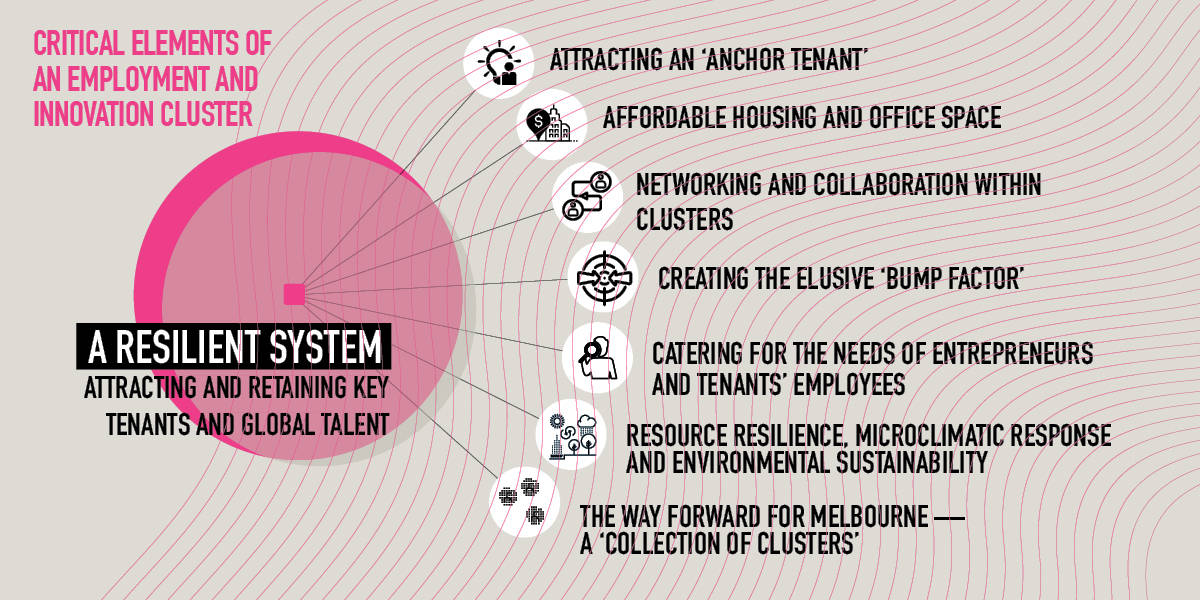 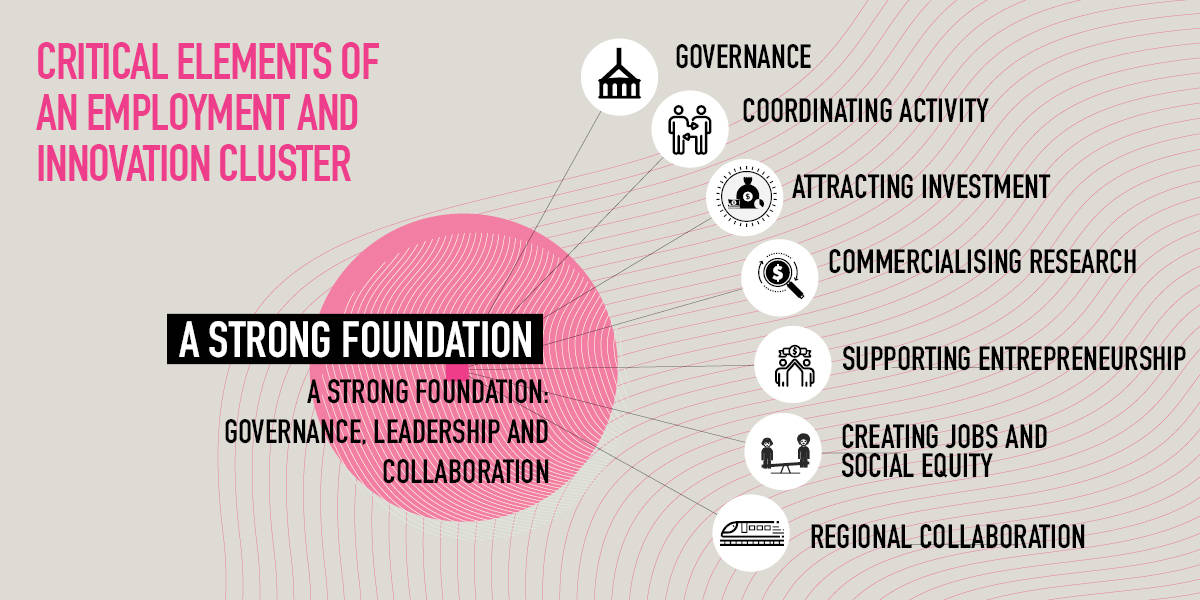