The future of the city is dense and vertical. Imagine the Vertical City, where the park traverses the building towards the sky from the street, where the next generation of iconographic architecture is projected onto the visual cortex of the public realm. Dream.

Double the height and redefine the outdoor room that solely signifies the duality of the New York cityscape. Use available FAR and air-rights to create the vertical neighborhood proximal to public transportation that improves the built environment and drives the localized economy. Grow.

Increase occupant wellbeing by merging deep energy retrofit strategies that provide fresh air and access to daylight to support our natural circadian rhythms. Increase biodiversity inside and out of the building, increase the wellbeing of the city by providing new public green plazas. Increase the economic impact of great space on the city. Move the needle.

Memetics is the process that defines the spread of an idea based on social evolution. We are already seeing building repositioning projects that increase in height and provide significantly improved space to occupants. The Vertical Memetics of the future city will include a myriad of strategies to bind economic impacts with environmental efficacy. VertiMeme celebrates the social evolution of the vertical city as the extrapolation of an idea.

Our AECOM team is a winner in the “Reimagine a New York City Icon” competition, sponsored by Metals in Construction magazine and the Ornamental Metal Institute of New York. We reimagined the MetLife Building (formerly the Pan Am Building), a 50-year-old icon, as a highly efficient, light-filled structure of nearly twice the height with less than one sixth the annual energy cost. 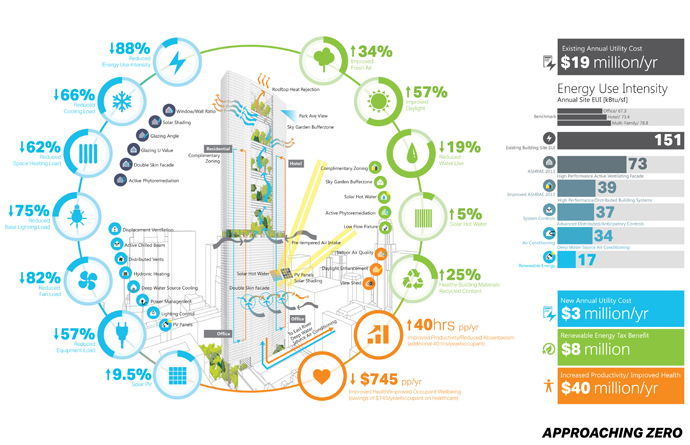 Inspired by the goal of radically reducing energy consumption in the built environment, the competition mandate was to reimagine 200 Park Avenue with a resource-conserving, eco-friendly enclosure—one that creates a highly efficient envelope with the lightness and transparency sought by today’s office workforce—while preserving and enhancing the tower’s historic profile. 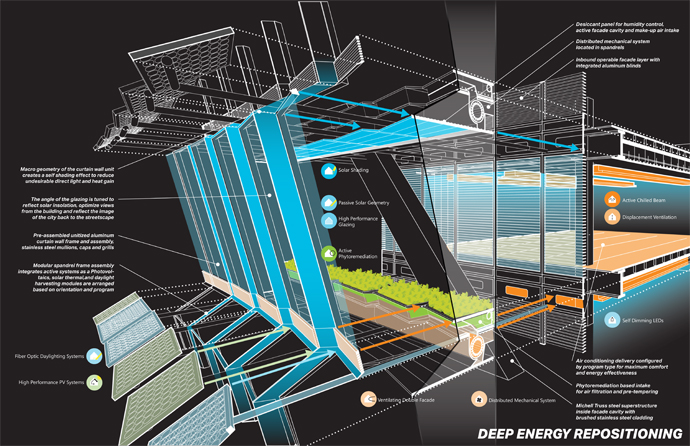 The AECOM design applies available air rights from the new Midtown East rezoning to envision a “vertical city.” It doubles the height of the building by wrapping the existing and new tower sections in a unified exoskeleton, using a diagrid structure inspired by the Michell Truss. In support of NYC sustainability goals, the design increases density over a major transit terminal to reduce travel demand and, by removing the base building, creates a new garden offering natural light and public space to the streets around Grand Central Station. 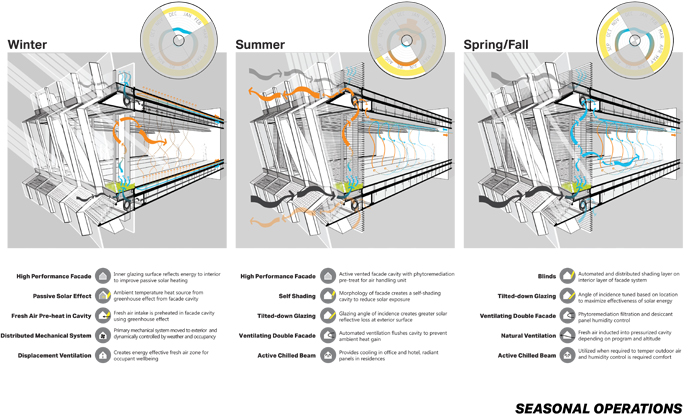 As our cities become denser, and environmental challenges more pressing, the success of future real estate development will in significant part reside in how creatively we can repurpose existing structures. Central to this challenge is efficiently designing and engineering spaces that engage robust human activity with minimal resource impact. 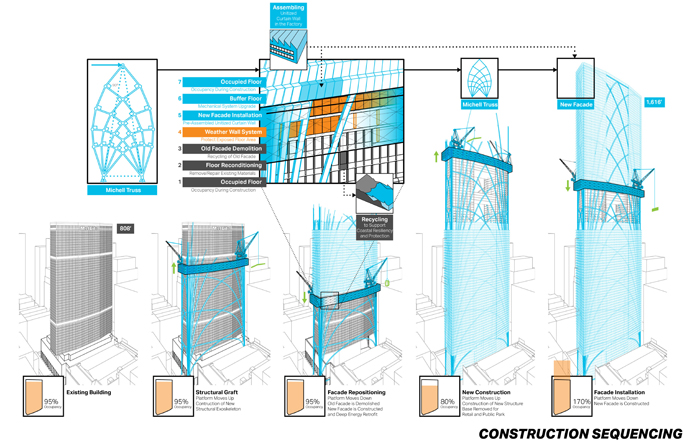 At 1,600 feet, the proposed design would be the tallest building in New York City by roof height. It incorporates a high-performance façade and deep-energy repositioning techniques to reduce energy use intensity by an estimated 88 percent, improve fresh air by an estimated 34 percent and increase daylight by an estimated 57 percent. 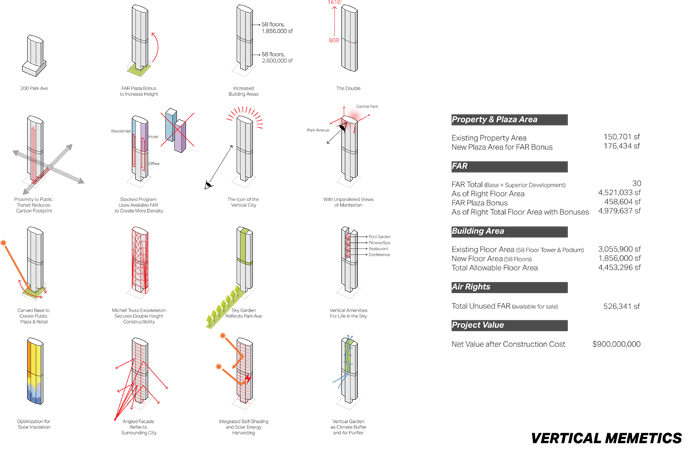 The concept enhances the vertical life of the city by incorporating new residences and a hotel with shared amenity spaces and gardens above the existing offices. This vertical band of green reflects the landscape of Park Avenue as an element in the façade.

Thanks to the team…