Building resilience for all

In January 2017, torrential rain caused floods that forced thousands of people to evacuate their homes in Malaysia. There have been no credible estimates of the costs of this disaster, but the sum must run into several million USD of damage, let alone the disruption to livelihoods. According to the United Nations’ Global Assessment Report, the annual average worldwide losses in the built environment associated with such disasters are more than 300 billion USD. This figure would be higher if the impact of chronic events, such as droughts, temperature variations, and agricultural damage, is considered. Some of these circumstances could be avoided by taking the right actions towards building resilience.

Disasters arise when communities such as those in the Malaysian states of Terengganu and Kelantan are vulnerable and exposed. Better planning helps mitigate this. For instance, identifying local hazard areas should be part of land use management. Critical facilities such as bridges, utilities, water, sewer, power, communications, fire and police stations, hospitals, post offices and radio stations should be sited for maximum resilience. Emergency transportation networks are also important in the planning process. Further mitigation can be achieved through engineered structures such as dams, levees and seawalls, zoning approaches to keep developments out of hazardous areas, building codes to lessen structural damage due to flooding and high winds, and use of non-structural mitigation like wetlands, vegetation cover and other ecological elements that absorb water. 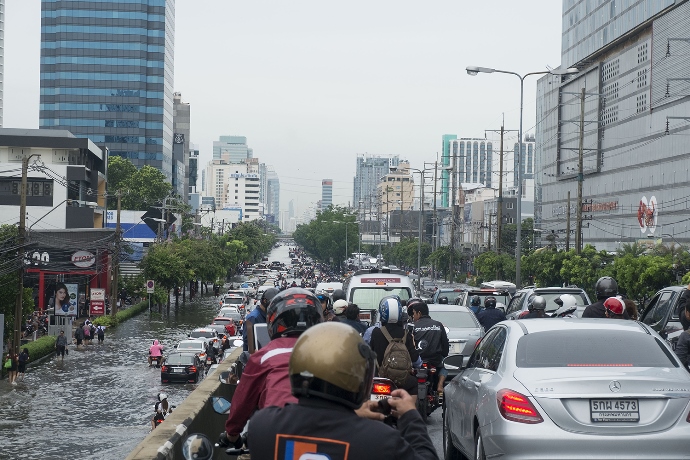 As well as protecting physical assets, protecting the most socially and economically vulnerable people within communities should be a priority. As urbanization increases, populations are forced to take up dwellings in hazardous areas. Climate change means that catastrophic events like flooding and severe storms will be more frequent. Infrastructure that was designed for milder conditions or smaller populations will be compromised, and this problem is exacerbated by ageing assets.

A risk and hazard profile determines the types of resources and actions needed to deal with hazards, identifies the most at-risk populations, and helps develop contingency action plans and incident management procedures. In the event of a disaster, emergency response procedures should be well documented, involving securing impacted areas, warning the population, evacuating the impacted areas, conducting search and rescue for the injured, providing food and emergency care, and sheltering evacuees.

Resilience is also about the ability of communities to recover and rebuild after disaster strikes. Immediate relief actions include restoration of access and critical facilities to affected areas and provision of emergency community services. In the long term, the goal is to rebuild houses and major structures like bridges, roads and buildings and re-establish economic activities. As governments tend to take on the responsibility of short-term measures, it is often left to the private sector to lead in the reconstruction process. In many cases, a ‘build back better’ approach is undertaken to restore livelihoods and establish hardier infrastructure.

Constructing more robust infrastructure, like larger drainage channels, storm protection facilities and weatherproofed buildings will help protect communities, but this alone will not achieve resilience. It requires development plans predicated on disaster risk assessments and land use policies that advocate mitigation and preparedness.