Bula from Bonn—Knowledge sharing and partnership 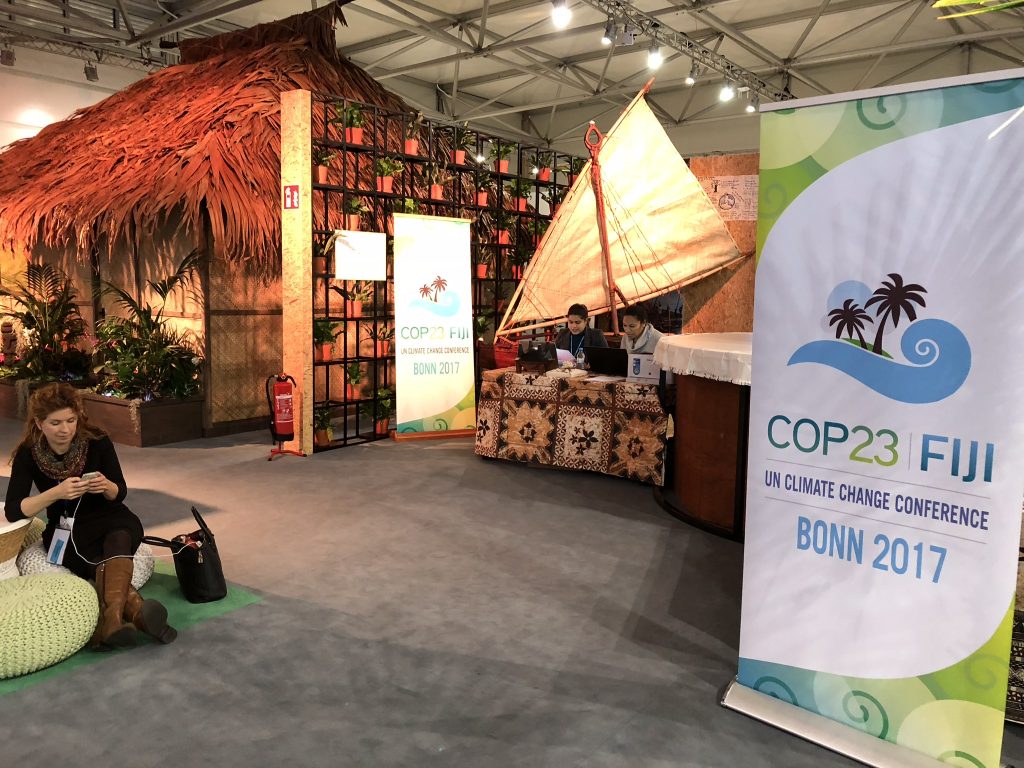 Bula! This traditional greeting from Fiji is ubiquitous in Bonn, Germany, this month as the nations of the world gather for the annual climate change meeting and negotiations—the UN Climate Change Conference. This is the 23rd conference of parties (or COP 23) initiated as part of the UN Framework Compact on Climate Change (UNFCCC), the treaty ratified by 197 nations to address the existential threat of global climate change.

Following Morocco last year and France the year before, the Pacific island nation of Fiji holds the COP presidency for this year’s event. Even with the meeting held in Bonn, the headquarters of UNFCCC, the Fijian influence and culture is well evident as one moves around the various meeting venues. A low-lying area of the world, Fiji is particularly vulnerable to the effects of climate change. Speaking of the country’s leadership role, Fiji Prime Minister Frank Bainimarama, said: “Our concerns are the concerns of the entire world, given the scale of the crisis.”

I arrived in the second week of the meeting when much of the high-level negotiations had been completed—now the focus is on knowledge sharing and partnership. This is a critical component of COP 23, as mitigating and adapting to climate change requires strong engagement and collaboration between the public and the private sectors. It’s the role and responsibility of the private sector that I will be speaking to during three sessions this week.

As an American business representative participating in COP 23, I have been asked a lot about the U.S. commitment to the 2015 Paris Agreement and to climate change action in general. I’ll speak more about this in a later post, but while the executive branch of the federal government is not as visible, our state, local and private-sector interests are clearly here in force. In less than 36 hours, I’ve seen four governors and two U.S. senators and believe the commitment of my own country continues to be strong.

Saturday marked the start of Carnival season in Germany (yes, they start early), so in addition to ministers and climate negotiators from around the globe, I’ve seen a lot of young Germans dressed as their favorite comic book character or mythical creature. As I look down the hall in the train station, it’s my hope that many of these people will act as climate heroes in addition to superheroes as we continue to make steps to champion knowledge and action when it comes to reducing carbon emissions and addressing global warming.