Could a global capital become a national park?

I returned to the UK in October last year having spent a few years working for AECOM in Australia. I had lost the ‘discussion’ with my wife on city versus country living. We returned to our house in South West London. It was cold, wet, dark and the commuting seemed a lot worse than I remembered. I’ll be honest: those first few months I had to work at staying positive. But as often happens when you throw yourself into new situations, you meet new people, start some conversations and interesting things start to happen.

In November, I was at an Royal Town Planning Institute conference in London when someone walked onto the stage and opened with the classic line, ‘I have an idea’. I sat up; he went on: “I want to turn London into a National Park”. He said some other things that day, about children, gardens, awareness and biodiversity, but it didn’t really matter. I was hooked on an intuitive level within two minutes. I committed immediately and have spent the eight months since trying to get my brain to catch up with my heart and to try to enlist others with the right skills to support the campaign.

AECOM has been doing pro-bono work for the campaign to help quantify the economic value of some identified green spaces, using an ecosystem services approach. This is intended to support the business case for the London National Park. Whilst we’ve been doing this work, the broader campaign, led by Daniel Raven-Ellison (the man with the idea), has been gathering pace.

A steering group has been established made up of individuals from University College London, London Wildlife Trust, the Royal Society for the Protection of Birds, John Muir Trust, Queen Mary University and AECOM. The idea has been reported in most of the UK national and London newspapers, and Daniel has appeared on the television and radio. High-profile individuals such as Stephen Fry, Bear Grylls, Bill Oddie, Terry Farrell and Zac Goldsmith (perhaps London’s next mayor?) have all come out in support of the idea. And last week a motion was passed unanimously by the London Assembly to call on the existing Mayor to get behind the campaign.

What might have seemed bonkers to some people at the start, is now really starting to snowball.

Last week, I joined Daniel and Matt (editor at large for the Londonist) in an attempt to visit, in just one day, a piece of open space in each of London’s 33 Boroughs. Together we got to 19 before calling it off due to bad light (See #33OpenSpaces on Twitter). By the time we got home another Twitter user (@alanoutten) had turned our photos from the day into a photo collage covering half of London and already posed the question – so when are you guys going to finish the jigsaw? Add two days, and a new challenge had begun on Twitter to photograph green space in each of London’s 629 Wards (#629Wards). One hundred of 629 were completed in the first weekend and a new map popped up to help track progress (@spacedapenguin). 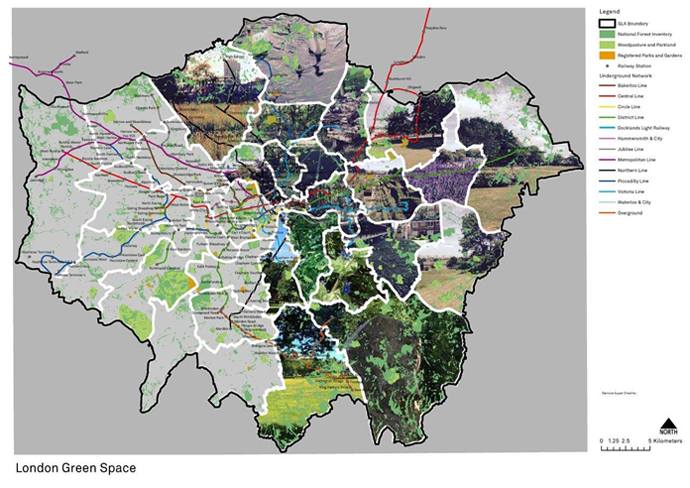 The priority for the campaign now is to raise money to support production and publicity for the London National Park business case and charter – due for release in July. This will set out the benefits that can be delivered by an umbrella organisation for London’s green space. It will also outline what the managing entity will look like, its responsibilities, collaborations, costs and value add.

I’m confident there are a hundred twists and turns left for this idea yet. There will be people who will help lift it up and others who will be keen to bash it down. But to me, it’s already been a huge success. Now when I walk down the street in London, I’m not craving the countryside – I’m seeing it, hearing it and photographing it. Forty-seven percent of London is green space, yet I had become disconnected from it. 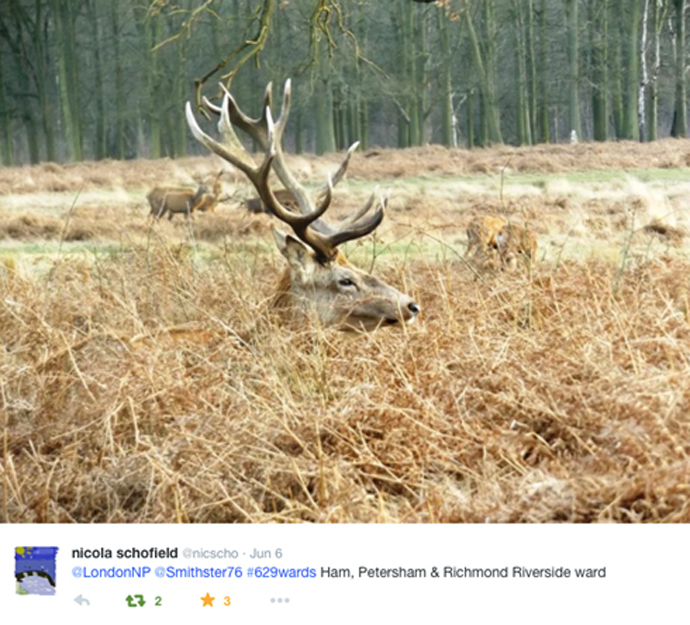 Why is it a bonkers idea to create a vehicle that can encourage Londoners to engage with the green spaces that surround them? Now the summer is coming, the birds are singing, the strawberries in the allotment are about to bear fruit, and it’s hard not to feel positive about this great city.

Feel free to add your photos, to support the crowd funder or to spark the idea in your city.