“Objects and environments should be designed to be usable, without modification, by as many people as possible.” – William Lidwell, Universal Principles of Design

It was with William Lidwell’s mantra in mind that I came to the recent Enabled by Design-athon, a first for Australia thanks to the Cerebral Palsy Alliance who brought the event to Sydney following Design-athon events in London and Washington DC.

Bringing together a mix of people from design and engineering with those from the healthcare, social care and disability sectors, 120 of us gathered at University of Technology in Sydney over two days to design and make products and services for and with people living with disabilities – all in the name of universal design. While my team’s prototype did not take out the coveted first place, the event proved the potential that healthcare and design have when paired together, teaching what we – from both of those sides – can learn from one another.

From the event’s launch by Joanne Jakovich (SOUP Labs) until the last team’s presentation, the inherent optimism associated with design was clear in its ability to imagine different, and better, futures. As the healthcare specialists engaged with the problem-solving, brainstorming minds of the designers in the group, this optimism spread, and after 48 hours we had 12 teams with 12 prototypes that took everyday challenges as opportunities for creative problem solving. For instance, how can university communities be more inclusive? How can public space better consider those with vision impairments?

Dominic Campbell (Futuregov) started off the event with a call for designers to stop creating more and more ‘stuff’, exemplified by Denise Stephens, who, after being diagnosed with Multiple Sclerosis (MS), found that her household furniture and products now did not meet her new needs. Denise went on to influence the landscape and meaning of accessible design through co-founding UK non-profit Enabled by Design.

Image: www.enabledbydesign.org. When Denise Stephens was diagnosed with MS, her home started to look more like a hospital. She began to question why aesthetics and accessibility generally don’t exist together.

With repositories of failed designs now emerging, such as architecture’s own Deadprize, Victor Papanek’s call to “stop defiling the earth itself with poorly-designed objects and structures” is still very relevant 40 years later. While the occupational therapists (OTs) in my group explained with elation the huge potential that 3d printing has in replacing the crude moulds that OTs are tasked with handcrafting, a view of the objects in Thingiverse or Shapeways shows that the majority of what people are making with 3d printing tool MakerBot are cheap plastic novelty items. 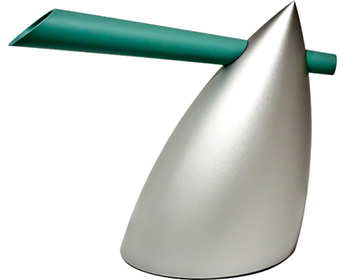 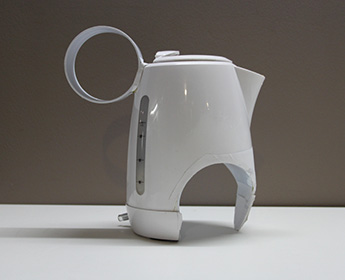 Learning from the end user

Spending two days with my group’s ‘muse’ Melanie Tran (check out her Tedx talk) gave us the ability to develop empathy with someone living with a disability like Mel. Yet it was the ability to involve end users as designers that was a crucial part of the process. Bridging the distance between the designer and the end user allowed us to question our assumptions, to test concepts and to quickly iterate on prototypes, ensuring that what we developed was highly useable and responded to the all-important criteria: designing for desirability. 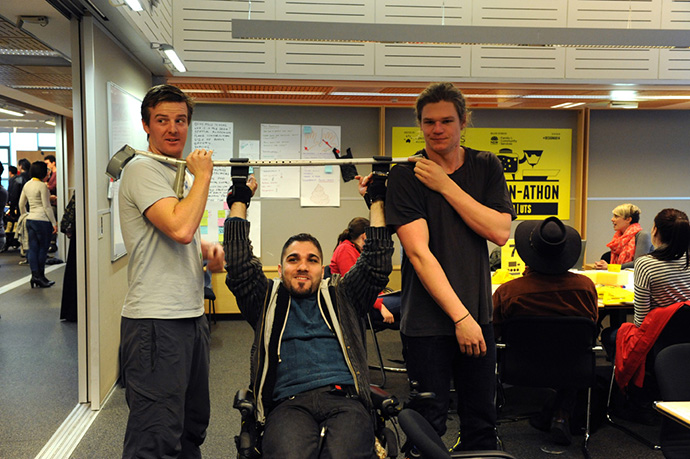 A team at the Sydney Enabled by Design-athon tests the usability of their prototype, which aims to make gripping weights easier for people like Mustafa (centre).

By the end of the 36 hours, I felt I had understood why the term ‘design-athon’ derives from the word ‘marathon’ – we were exhausted. Yet unlike a marathon which moves along a linear path, “design is the redirection of flow” (Roberto Unger) that seeks to challenge existing models – of production, policy and service delivery – to create improved futures for everyone. 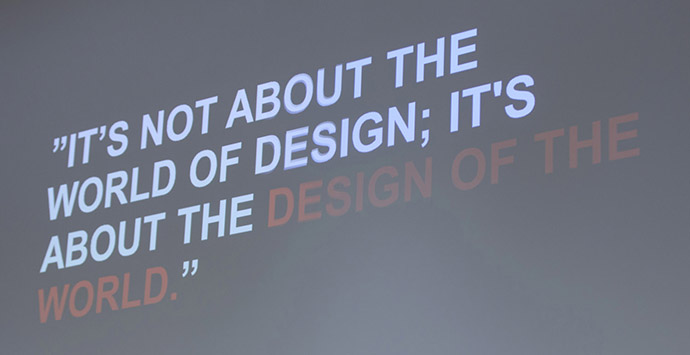 Charlotte Fliegner (charlotte.fliegner@aecom.com) is a consultant with AECOM’s Strategy Plus practice in Sydney. Connect with her on LinkedIn or Twitter.