As work leaves the confines of the office, organisations are looking to the workplace to be an anchor of collaboration that connects people and ideas. In a workplace landscape replete with huddle spaces, whiteboards and meeting rooms, collaboration is king. Whilst this is particularly relevant to the knowledge worker in the head office, what about the rest of the organisation? The back office is often relegated to outer suburban locations, considered ‘second class citizens’, and the work environment reflects this.

In recent research led by Strategy Plus, we looked to understand where the workplace is heading for this sector. We took a deep dive into the offices of a major financial services provider to give insight into how call centre, operational and IT project teams function. What we found was a culture aimed at bringing a highly motivated, recharged and inspired outlook to process-based workflow. Recognising that these values, attitudes and behaviours are fundamentally different to the brainstorming, meeting-centric, flexi-workers over in the head office, how might a future workplace experience look for these groups? We can look to a number of global trends to give some clue as to the direction we are moving toward.

In a workplace where decoration is an integral part of office expression, the maker movement provides an example of how technology is transforming the traditional DIY movement to cross the physical and virtual realms.  Environments, objects and services are being ‘hacked’ or improved to create new or highly customised uses and functions from a bottom-up approach.

Traditional motivational tools such as leaderboards, performance statistic displays and team boards are getting social. Social networking platforms such as Mozilla Open Badges show how people are using online tools to freely curate one’s own professional identity in order to be publicly recognised for achievements and skills. In turn, organisations are using gamification concepts as a performance management tool to motivate and recognise employee achievements. Think LinkedIn meets FourSquare. 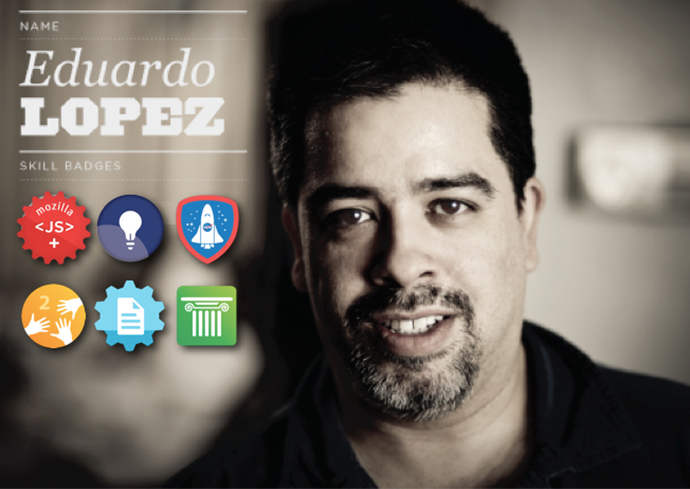 In the same way that museums are connecting with visitors through creating immersive and interactive experiences centered around visitor engagement, the office environment can be a mechanism for developing two-way communications between the organisation and the employee. Jake Barton from Local Projects calls this act of listening and participating ‘collaborative storytelling,’ and I think that organisations can adopt this concept to rethink how they converse and share with their workforce. In this way, traditional signage and messaging can be re-imagined to be a conduit through which staff can actively share and layer their own personal stories and ideas to the broader organisation. 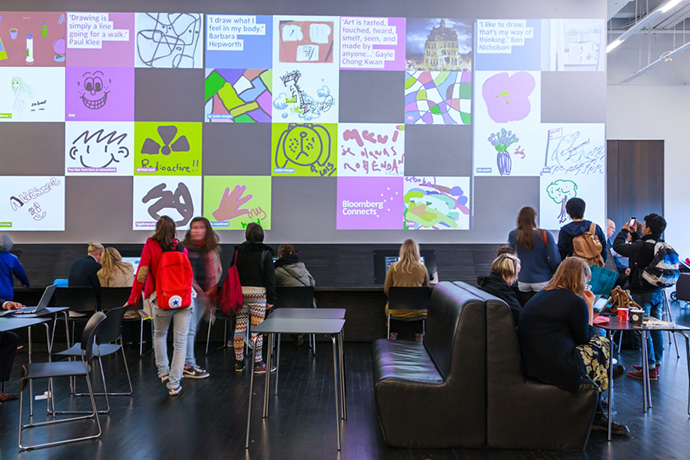 One example is The Bloomberg Connects project at Tate Modern, which invites visitors to learn and contribute their own interpretations of the art to the gallery space.

In a homogenous job centered around sedentary behaviour and shift work, opportunities to recharge both mentally and physically is a priority in keeping staff productivity high and turnover low. The value of natural environments has been shown to aid patient recovery times in hospitals, or to rejuvenate passengers on long-haul flights. Amsterdam-Schiphol’s Airport is one example which combines physical movement – indoor and outdoor gardens, stationery bikes double up as mobile phone chargers – with mental stimulation – an interactive virtual butterfly enclosure, public library, access to natural light and air. 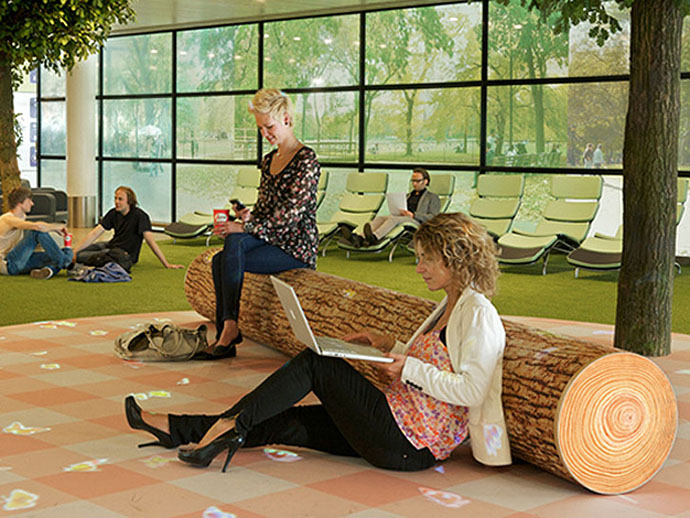 While these examples provide brief glimpses into the future, they paint a much greater picture in which the workplace is a platform for people to curate their own authentic and customised experiences. In this way, I envision a workplace which responds to the unique needs of different employees, allowing people to create personal fulfillment and meaning through work, regardless of organisational level or department.

Charlotte Fliegner (charlotte.fliegner@aecom.com) is a consultant with AECOM’s Strategy Plus practice in Sydney who worked at a call centre during her years at Architecture school. Connect with her on LinkedIn or Twitter.

The business cluster effect Playful office design: all in ...
Health
Clear messages from the 7th International Urban Design Conference
Health
Organisms, not mechanisms
Better working
What I learned from being a strategic consultant