It has been about a year now since a new public space called Firm Foundation opened in Banjarmasin – a delta city on the Indonesian island of Kalimantan. Like all of the housing nearby, Firm Foundation is built on stilts over river water. It was a welcome addition to the neighborhood, which, like many other dense riverfront areas of the city, lacks any public space.

Just this past month, our team had a chance to check in on the new space as well as the residents who collaborated on its design. The 100-square-meter space provides a gateway to the area from the water and is intended to bring neighborhood activities to the river. The design takes cues from Indonesian architecture – which uses subtle shifts in floor levels to differentiate space – as well as the small platforms and landings residents construct themselves to access river water. Given the lack of public realm in the area, Firm Foundation is full of children at nearly all hours when school is not in session. 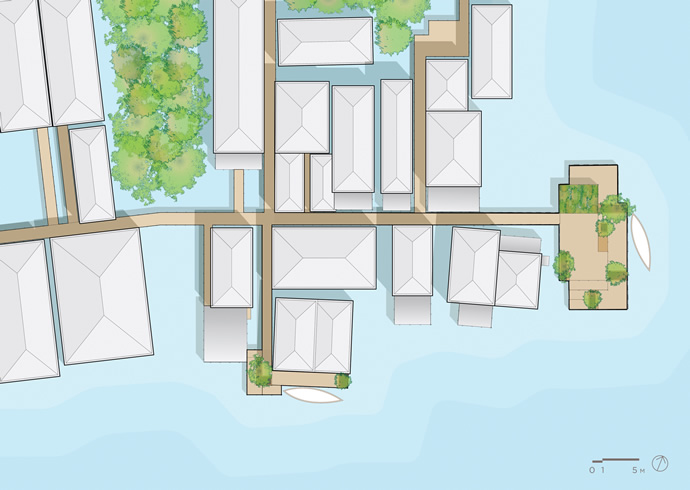 We were excited to see that the new public space has also catalyzed investment in the area. Shortly after Firm Foundation opened, the family next door decided to convert half of their house into what is now a thriving food stall. The income from the new enterprise supports the family of five. The idea for the project began with AECOM’s Urban SOS student design competition. The winning entry in 2011 came from a group of students volunteering with Yayasan Kota Kita (“Our City Foundation”), an Indonesia-based urban development organization. After the team won the competition, AECOM offered to help sponsor Yayasan Kota Kita to implement their concept. 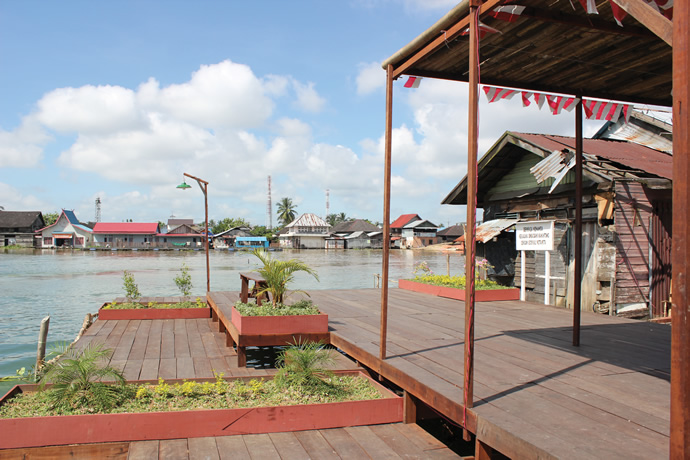 Now honored with the SEED Excellence in Public Interest Design Award and a Social Impact Design Special Recognition from AIA San Francisco, the project has also resulted in a Social Design Field Guide, which tells the story of how residents participated in the creation of the new space.

The project has become a model for local government in Banjarmasin, showing that even modest investments in the public realm, constructed with the methods and materials residents utilize to build their own neighborhoods, can help to address pervasive and entrenched issues related to livelihoods and water.

On this return visit, the team’s agenda had a new focus. During our past work with the community, we learned that waste management is a top issue for residents. In this area with no road access for trucks, waste typically goes into the river or is burned. While throwing waste in the river is the easiest and most convenient response to the situation, it is destructive for both residents and the environment. It will be a major undertaking to change this behavior and introduce new services, and so the team sought to lay the groundwork by shifting perceptions about waste and the community.

In a series of activities with residents, the team put forward a basic message, which should sound familiar to any designer with an interest in sustainability: “Waste is an asset.” The principle aim was to connect residents to a local “recycling bank.” Through this program, residents earn income in an account in exchange for collecting materials such as plastic bags and cups, cardboard, and bottles. The team organized a training for a group of women from the neighborhood, who then signed up for the bank and made their first deposits. 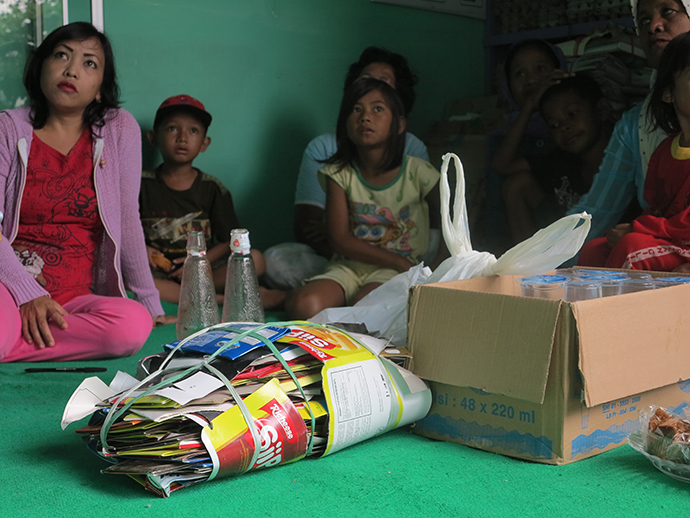 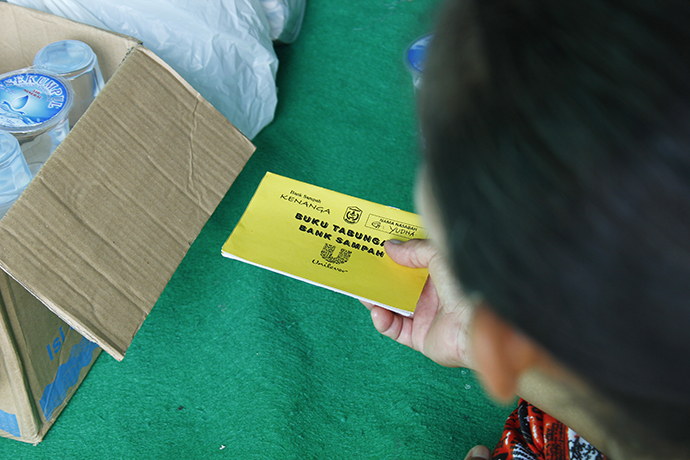 In a separate activity, we worked alongside the area’s children to build two new football goals from salvaged wood, bamboo, and tin as well as plastic bags. While the group found all of the materials lying on the ground and in the water, a local blacksmith lent his shop and tools for the task. Again, the objective was to start to change how residents perceive the waste around them, which has become the status quo of their surroundings. 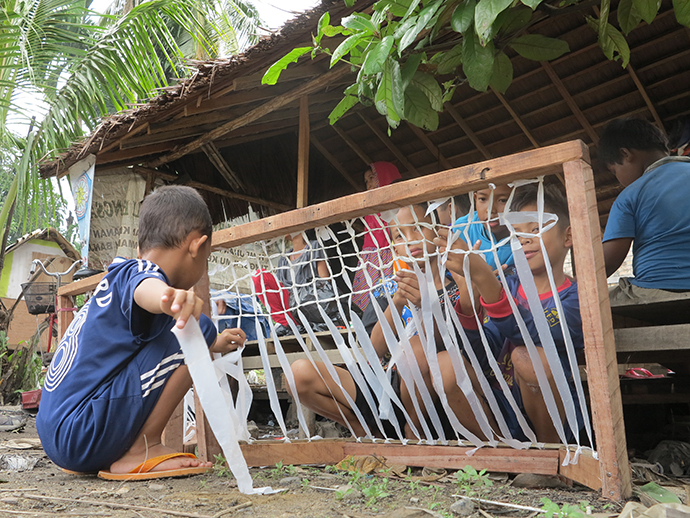 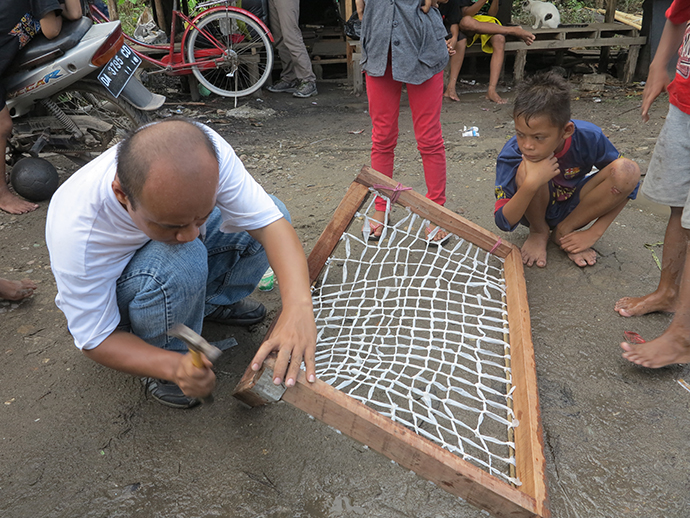 Our partners in the local government have an interest in developing a comprehensive strategy for improving this riverfront neighborhood. The challenge of doing so concerns how to introduce services and infrastructure to make living over the water both healthy and dignified. With the support of AECOM and Harvard Kennedy School Ash Center, our team has been working to show how residents might themselves lead this important effort to transform urban systems.

Michael Haggerty is an urban planner and currently a student in the Master in Architecture program at Harvard University Graduate School of Design.