Urban Farmers is a roof-top farm developer for cities. It was created in Zurich by a Swiss businessman and an aquaponics scientist at the Zurich University of Applied Sciences. They don’t grow tomatoes but provide the system to do it. This system includes advanced hydroponics and aquaponics (fish production). Scientists and Swiss bankers collaborated to develop a franchise system that teaches a diverse customer base of stores, hotels, individual operators, and neighborhood communities how to create, manage, maintain, and make money off of a rooftop farm. It looks at rooftops as vacant real estate assets and a business opportunity, as well as locations to reduce the environmental impact of urban life and grow food. www.urbanfarmers.com

21st century Detroit has been victim to “poverty porn.” People view photos exhibiting its recent decline with the same intrigue as pictures of the Titanic. But in urban food system circles, Detroit is a celebrity. Much of this is due to efforts by urban “heel diggers” who still have hope. Earthworks Farm in Detroit is an extension of the Catholic Church’s Capuchin Soup Kitchen. Seven farms make up the complex over two city blocks. As Detroit de-populates, entire neighborhoods have become vacant. Open land for agriculture has become a viable and valuable land use. Although some product is sold at local markets, most of the food grown at the farm is used to feed people at the soup kitchen. In this fashion, Earthworks Farm has become a “working study is social justice.” They are working with the Department of Health to promote fresh food consumption. They have grown their activities by creating “value-add” products (canning, jams, pickling). Earthworks is making good use of vacant land, “recycling” blight into a resource that benefits those that live there. www.cskdetroit.org/index.php/EWG 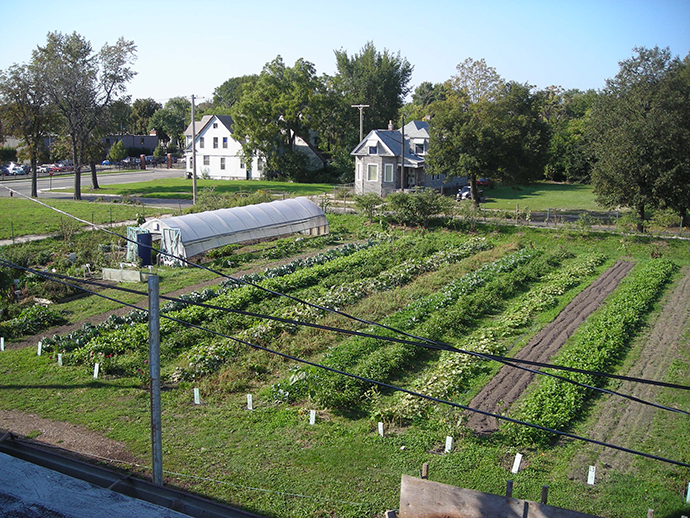 Haiti has the sad legacy of being intensely deforested. It also has the added complexity of a recent disaster that spurred a chaotic urban reorganization. However, it is not surprising that some of the most integral and effective innovation is happening in “developing-world countries” like Haiti. Places where people already think about overlapping vital processes like growing, processing, and eating food show that necessity is easily the mother of invention. The silver lining to the horrible 2010 earthquake is an intense focus on rebuilding and improving urbanized and urbanizing areas of Haiti. Food systems play a large role. 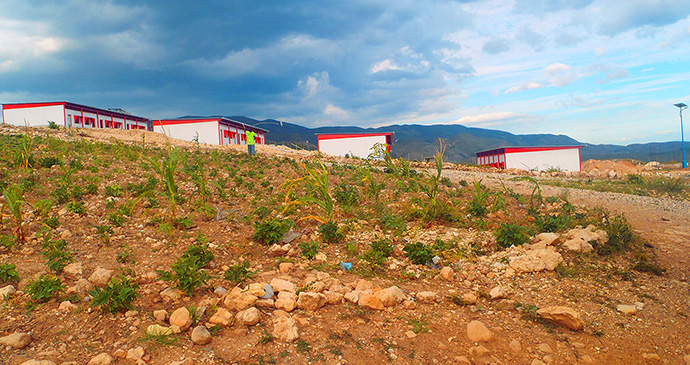 The Catholic Church bought a deforested, wind-swept, steep parcel in the peri-urban community of Titanyen, Haiti outside of Port-au-Prince. It was established as an orphanage for children, many of whom were orphaned by the earthquake. Father Charles Moise, the priest leading this effort, had a holistic vision of the orphanage and its function on the landscape and in the community. Small business ventures were started. An integrated water system was developed that utilized well water, captured rain water, and waste water. Although the property was steep with little vegetation to maintain rainfall on site, deeply grooved by erosion, and scoured by sea winds, Father Charles enlisted the help of a young Haitian agronomist who helped create and implement an agro-forestry plan that surrounded the orphanage and church buildings. The entire site was terraced simply to create water catchment zones. Edible, low-water plants, many of which are native or adapted to the region, are planted in layers that form protection for the plants and over time will help augment and maintain precious top-soil. Repairing the ecological function of the site with food crops shows how multiple goals can be achieved in projects that address complex issues.

Rachel Hill (rachel.hill@aecom.com) is a landscape designer in AECOM’s Design + Planning practice. She worked for Verzone Woods Architects in Switzerland on the Food Urbanism Initiative (FUI). She helped develop a website that continues to grow as an “atlas” of urban food system projects, broken down into their functional components: www.foodurbanism.org.