Exploring the future of Sydney Harbour

In the first of three years in the Imagine series, the theme of “At the water’s edge” continues in Sydney. Asia Society and AECOM held a discussion with eminent planning and innovation experts on 22 June on the future of Sydney Harbour and its contribution to the economic and cultural vibrancy of the city. The following were some of the themes explored during the evening. 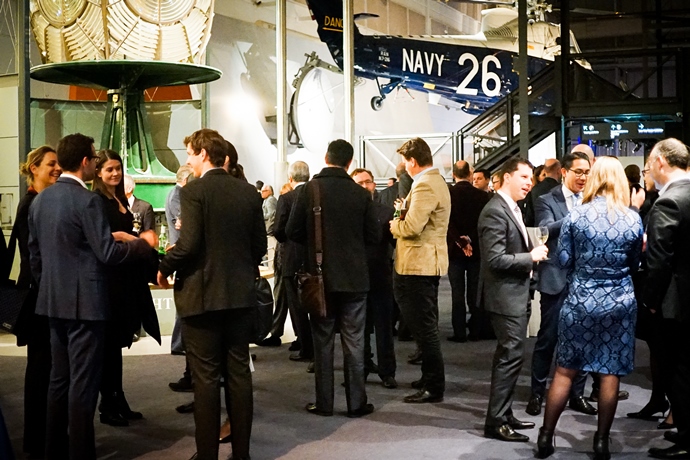 Welcome drinks in the Tasman Light Gallery at the National Maritime Museum.

Sydney Harbour is the city’s largest and most important physical asset. Over the past 40 years, there has already been a lot of change in how the harbour has been used, and this will continue into the future. We need a consolidated governance body that can plan for the harbour with input from the community. Hong Kong, for example, created a Harbourfront Enhancement Committee. After extensive consultation, this committee issued a research document that became the basis for the Harbourfront Planning Principles. An NGO called the Harbour Business Forum also represents the views of businesses in relation to Victoria Harbour and recommended the Hong Kong Harbourfront Commission, which has been created. Many people in Hong Kong want to set up an authority with executive powers. The commission has examined London and New York as models of how an authority could be structured to help eliminate the many silos that exist across government departments.

The natural and cultural value of Sydney’s harbour benefits residents and attracts tourists, investors, and international talent. At present, however, too much land is not accessible or well connected. Some of the most desirable cities in the world, including New York and London, have better access to their waterfronts, and people can walk the length of them, which is not possible in Sydney. More needs to be done in Sydney to make the foreshore more accessible, both by foot and by transit.

Australia receives over 8 million visitors per year. Tourism is one of the country’s largest industries, employing one in 13 Australians. Out of the 8 million annual visitors, 3.5 million come through Sydney, many arriving via the 311 cruise ships that dock here each year. But can Sydney’s current infrastructure absorb projected increases? The new airport at Badgery’s Creek alone is expected to handle 10 million passengers by 2025 and up to 84 million by 2060. What additional infrastructure does Sydney require to meet future demands?

Panellists felt quite strongly that to compete globally, Sydney needed to be better connected with its neighbours in a ‘city region’. This would encompass, at a minimum, Newcastle and Wollongong, and potentially Melbourne or even Brisbane and Canberra. In response to intense competition between Hong Kong and Shenzhen and Shanghai, China’s Great Bay Initiative is connecting nine cities in the Pearl River Delta to the two Special Administrative Regions, Hong Kong and Macau, via high-speed rail. This will connect 67 million people to Hong Kong within a travelling time of only 1 hour and 15 minutes. 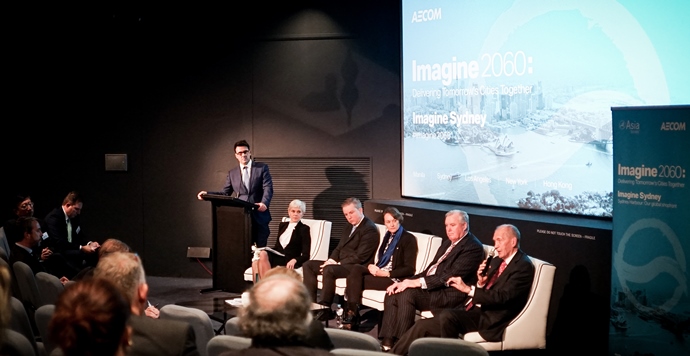 By 2060, the millennial generation will have been in charge for over 20 years, so today’s young people need to be involved in the conversations around future uses of the harbour. As the average age in Sydney’s planning department seems to be between 50 and 56, we need real inclusion, not tokenism, to understand young people’s perspectives and priorities. We heard the example of an architecture class participating in discussions about how to redevelop The Bays Precinct in Sydney for the better part of a year, which led to wonderful ideas being shared.

For all its strengths, one weakness of Sydney is its widespread reputation as being very expensive. This is a real concern, as poor affordability discourages workers from living in a city, which curtails investment, especially from start-up entrepreneurs and small businesses. Connecting Sydney to neighbouring cities by high-speed rail could reduce the housing pressure and make the city more competitive. We also need to attract venture capitalists and experienced entrepreneurs to act as mentors to start-up entrepreneurs, and improved affordability will help in this regard.

Sydney Harbour faces challenges to its environment, including global warming and loss of biodiversity. Marine infrastructure must be developed to protect and enhance biodiversity. Heritage buildings should be preserved and repurposed and could help solve the challenge of affordability. Heritage buildings are often given a new lease of life by being renovated to host start-up companies and business incubators, which often value them for their aesthetic appeal and relative affordability.

By 2060, Sydney’s population is anticipated to exceed 8 million. This enormous growth needs a healthy framework if Sydney is to maintain its authenticity. As Sean Chiao, AECOM’s president of Asia Pacific, said at the event, “The real complexity of cities comes from the people who inhabit them, not just from their physical environments. We need to think about building cities for future generations and to think of them as being about places to live, to create culture and to conduct business, whilst respecting the environment.”