The future of cities is not only dependent on making them sustainable and connected hubs—they must transform into accelerators of resilience, said Judith Rodin, president emerita of the University of Pennsylvania and The Rockefeller Foundation, during her keynote address at the “Imagine 2060: Delivering Tomorrow’s Cities Together” event in New York on September 14.

Thought leaders recently gathered for the New York chapter of the Imagine 2060 series — held in partnership with Asia Society and AECOM — to discuss the challenges and opportunities facing New York and its waterfront as it works to reinvent itself in the global economy. 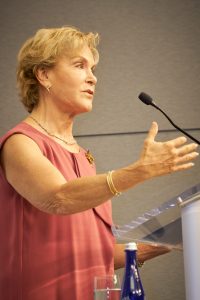 Key among the challenges cities face is water, said Rodin (right). “Cities are recognizing that in the 21st century, they must build — and rebuild when hit — to live with water,” she explained. “Land vulnerable to extreme flooding in many places now is not being rebuilt for housing, but is being transformed into coastal buffer zones, parks and other uses that will protect from extreme weather.”

Overcoming these challenges will take collaboration among key stakeholders and the application of advanced technology, Rodin said. “Today, technology is being integrated into the very skeleton of the urban fabric. This will lead to an acceleration in innovation.”

Among the technologies that can help drive change along waterfronts is 3D printing, which can dramatically bring down the cost of quality infrastructure, Rodin explains. Additionally, big data and machine learning can transform urban decision making. “It will also transform how politicians interact with their citizens,” Rodin said.

And transportation technology such as Hyperloop could drastically reduce the time it takes to travel great distances within cities, explained Rodin, while doing so in a sustainable way.

The first panel discussion, “Reimagining the New York City Waterfront,” focused on the need to transform aging areas into waterfront land that is resilient, sustainable, esthetically pleasing and rich in cultural offerings to the community.

“As a waterfront becomes available, how do you decide how we use it?” asked Joanne Witty, vice-chair of Brooklyn Bridge Park. “Community can and must be involved.”

Brooklyn Bridge Park was designed to embrace the water’s edge and be resilient to storms. During Hurricane Sandy, the park benefited from its sandy soil and drainage systems. “Everything survived,” Witty said. 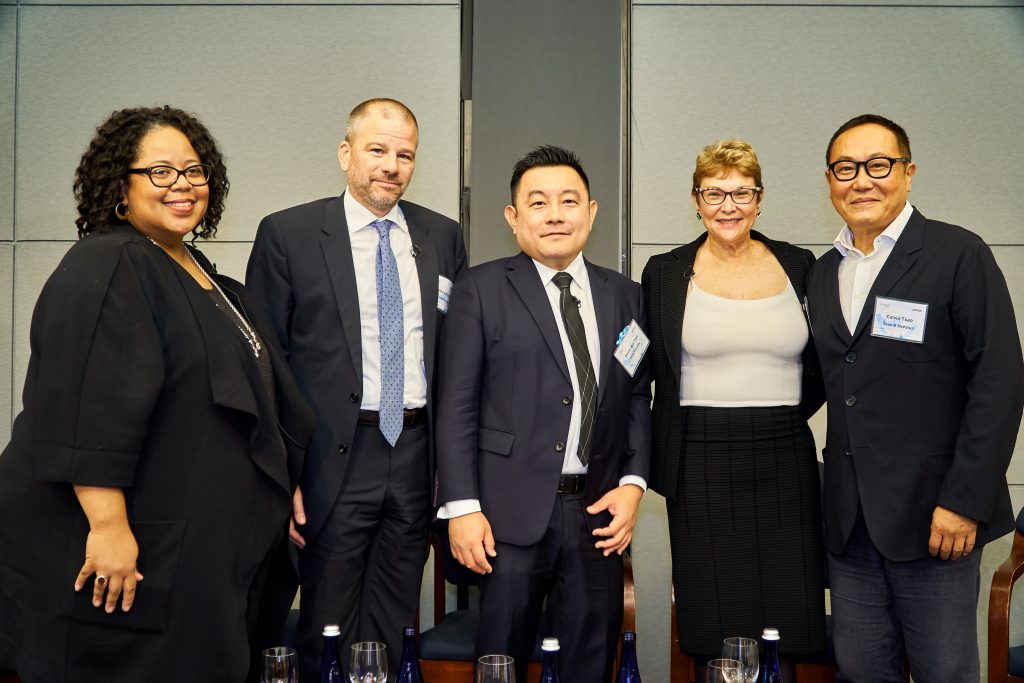 There is a desire within cities for places where people can come together in a safe way that’s not over-regulated, says Boon Hui Tan, vice president for global arts and culture at the Asia Society. “Planning can do a lot…to deliberately inject civic spaces that are energized by culture.”

For waterfronts to be economically successful in 2060, they need to be positioned for maximum industrial, commercial and logistical success, according to panelists during the second panel, “The Global Business of Waterfronts.”

The main considerations cities need to plan for as it relates to their waterfronts are climate change, the rise and fall of economies and technological change. “The pace of change has been dramatic,” said Kenneth DeWoskin, senior advisor and eminence fellow at Deloitte. 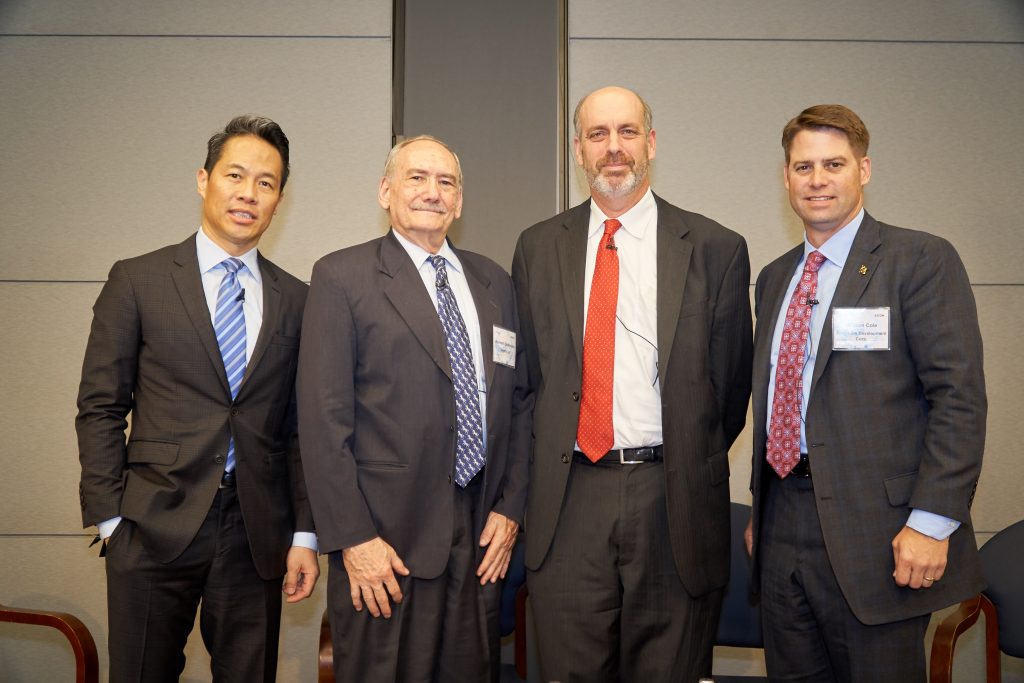 And as economies change and waterfront communities are developed, funding should be top of mind, said Roland Lewis, president and CEO of the Waterfront Alliance. “We have a 21st century waterfront,” he said. “We have Brooklyn Bridge Park; we have so many amazing new facilities that people are enjoying. But it costs money to maintain it. Finding ways to finance and govern these waterfronts is the unanswered question.”

What do you want your city to be?

For all the challenges cities are faced with, there is also tremendous opportunity. “Thoughtful development can lead to the preservation of neighborhoods,” said Chris Ward, EVP and chief executive of New York Metro at AECOM.

Ward gave a presentation on AECOM’s Southwest Brooklyn Case Study, which envisions a way to address New York’s housing crisis, create economic opportunity and ensure resilience. “Unless we end up finding a way to reimagine, redirect and reengineer the water’s edge, we fundamentally have to face the fact that we have to retreat,” he said.

That means urban planners, city-shapers and the citizens of local neighborhoods must come together to reimagine what they want their cities and waterfronts to be. It will take a combination of solutions, from new technology, to smart financing, to affordable housing, to resiliency measures, says Rodin. “There will be massive opportunities, and there’s no substitute for minds that think mile-high.”

The time to act is now, Rodin said. “The future of our cities will have a profound impact on the future of humanity.”

Water and waste: reduce and re... From a college co-op to a care...
Sustainability
How sustainable and resilient could Hyperloop be?
Cities
Addressing the urban sanitation crisis
Sustainability
My message to COP: Encourage investment in a hydrogen power network