An introduction to Bangalore and urban migration

Jack is an environmental planner with AECOM’s Impact Assessment and Permitting team in Newcastle, Australia, and a volunteer with Pollinate Energy.

I recently arrived in Bangalore, India, for the Pollinate Energy program after first traveling through the country, visiting Delhi, Jaipur and Agra, where I saw the Taj Mahal! The cities here move to a different rhythm compared to the cities of Newcastle and Sydney back home in Australia — some things are faster and more manic (the traffic), while other things move at a slower pace (like the cows meandering through the streets). 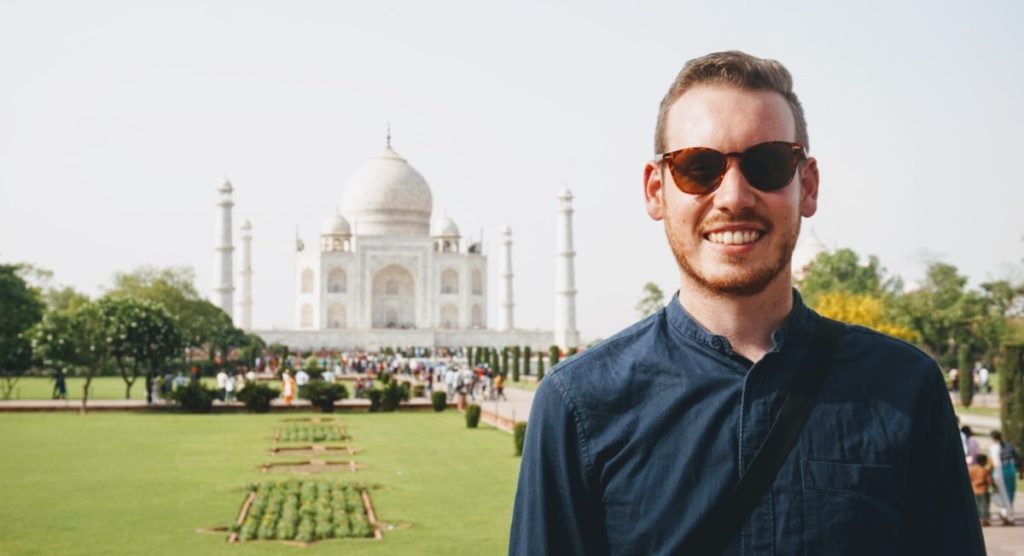 On the team’s first day here, we participated in an ‘amazing race’ around Bangalore, which was a great way to get to know the city with activities such as trying local delicacies and practicing yoga poses in the park. Bangalore is a cosmopolitan city, influenced by cultures from around the world. It’s known as the ‘Silicon Valley of India,’ serving as an important technology centre.

Large-scale construction development in Bangalore has led to the rapid migration of poor, rural families to urban centres as they come in search of economic opportunity and most often settle in temporary slum communities. Addressing the issues prevalent in these communities is the main focus of Pollinate Energy, with the goal of ‘providing life-changing products to people who need them the most.’ Pollinate develops solar-powered products such as lights, fans and water filters, which help improve the lives of the people in these temporary communities.

Our project for the two-week Pollinate program will involve surveying local people to inform an impact assessment to quantify the usage and benefits of the Pollinate products in order to better understand their effectiveness, as well as identify any issues with current products or opportunities for new products.

On our second day, we visited a temporary slum community for the first time, accompanied by a local member of the Pollinate program (who speaks the local language) and another individual who is employed by Pollinate as a salesperson. It was a sobering and enlightening experience to see the conditions of the community, contrasted with the luxury apartments close by.

We met a local man, Kumar (pictured below center), who warmly invited us into his home, introduced us to his family and spoke to us about his life. He moved to Bangalore 10 years ago from a rural village to work in construction. He hopes to return to his hometown in the future. Kumar owns both a solar-powered light and fan, which he said has helped him, his wife and their two children. 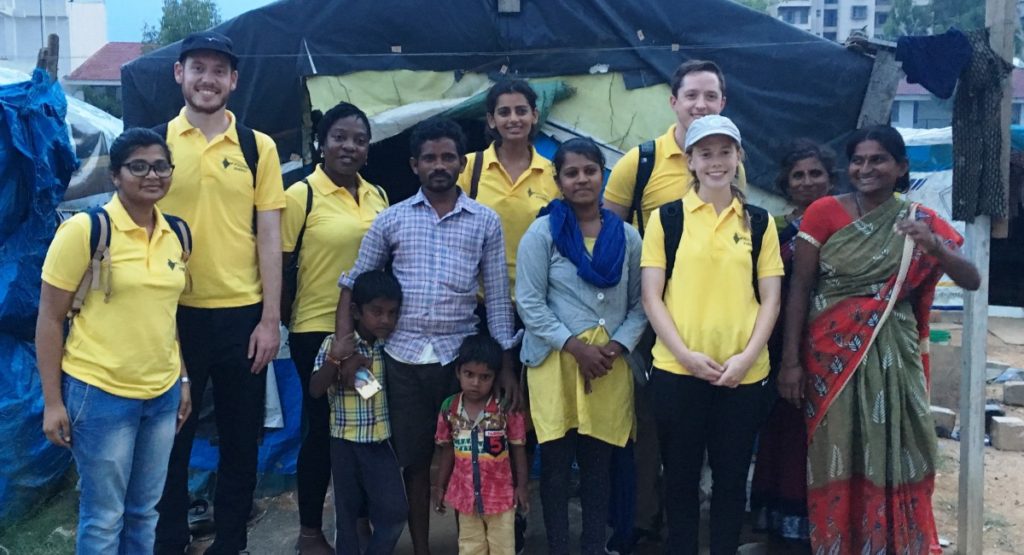 While there, we noticed a significant number of solar panels mounted on the roofs of other homes in the community, suggesting Pollinate products are popular in the area.

Our visit to the community provided me a first-hand experience of how Pollinate Energy is making a difference, which is a great motivator as we begin our program. The most powerful experience I’ve had over these first two first days was meeting Kumar and enjoying his hospitality. The short time I had with him and his family changed my perspective from an idea that was quite abstract to one that is much more concrete and tied to a specific human story.

Stay tuned for the next blog in this series as we share about our work with Pollinate Energy.