Urban planning and design in a rapidly changing world 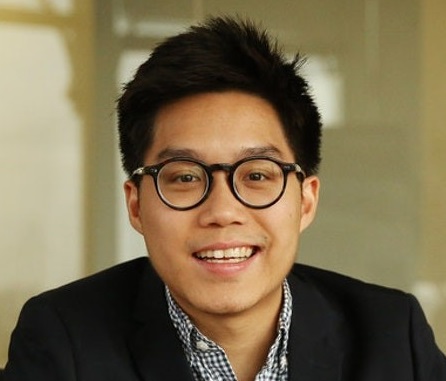 Steven is an urban planner and designer with AECOM’s Design + Planning team and is based in Dallas, Texas.

For this year’s Infrastructure Week, May 13-20, we are sharing insight from our leaders and employees that examine how the infrastructure choices we make today will shape our future. Follow the conversation on our blog and on social media as we #BuildForTomorrow.

We’ve all heard the staggering statistics – over half the world’s population will live in urban areas by the middle of the century, the benefits of a global economy are distributed for the fortunate few, and climate change continues to exacerbate existing environmental concerns while creating new ones. The sheer magnitude of these physical, social and moral concerns and the unrelenting pressure that comes with having a small role to play in stemming the tide can overwhelm anyone, from policy makers to urbanists to the general public.

As the need for improved infrastructure increases, it can be tempting to default to new emerging technological solutions, like automated vehicles or artificial intelligence, as the wunderkind solution to all our problems. And who can blame us? As the intellectual and financial momentum of the technology sector pivot from the digital realm to the physical realm, we are seeing rapid improvements in technologies that only a decade ago seemed impossible. Hyperloop technology was a mere whitepaper in 2013, and in 2019 we have a fully automated, electric hyperloop pod zipping through a near vacuum tube at several hundred miles an hour. Instead of the internet acting as the laboratory for many startups, there is a more deliberate emphasis on the city and its people as the test bed for experimentation. This new unexpected inertia has led to rapid shifts in many previously fundamental assumptions about the form of cities and the arrangement of urban space, such as the increased value of curb space and the devaluation of structured parking garages.

With such rapid change upon us, how do we properly plan and design for the future? How do we help cities ensure they are choosing the right solution, at the right time, without exacerbating or reinforcing equity issues?

As overwhelming as these changes may appear, finding the path forward can often be as simple as ensuring that we are asking the right question about the right problem: Are we designing for technology itself, or are we designing for the people using the technology? Rapid change is not new in city building and there are clear examples in the past where we have erred and where we have succeeded in adapting to it. In designing cities around the automobile instead of people, we mistakenly measured success on vehicle throughput instead of our ability to connect people to jobs and housing. In our pursuit of economic growth, we tended to prioritize luxury development projects near transit oriented districts instead of treating them first and foremost as mechanism to solve affordable housing and mobility needs. And in our effort to maximize and protect property values, we segregated communities.

Deliberate human-centered design and planning can help counter our temptation to focus on technology instead of allowing it to adapt to us. In our work with planning hyperloop and high speed rail systems across Texas for six metropolitan planning organizations, we identified potential station locations not by highlighting available developable land or compatibility to technology deployment, but by which locations provided the most public benefit to the communities, such as locations where transit-oriented development could provide affordable housing to transit dependent populations. We then worked backwards to see how emerging technologies, like hyperloop and automated BRT, and corridor alignments could best work for those stations. This approach allowed us to always prioritize people in the decision-making process rather than technology modes or convenient rights-of-ways.

As we move into an era where technological change is defining many of our solutions to city building, despite our uncertainty about potential negative externalities, maintaining a clear perspective with a priority on human centered outcomes rather than technological can better help us navigate the future and build for tomorrow.

Vision Zero: Safer roadways for communities, by communities Creating a Culture of Caring through a Commitment to Well-Being