100 Resilient Cities: is yours one of them?

Claire Bonham-Carter, a principal managing AECOM’s Center of Excellence for Sustainability and Resilience for the Buildings + Places business line, is a specialist in climate mitigation and adaptation planning with more than 18 years of experience for public-and private-sector clients. She is the co-chair of the Water and Climate Resilience Committee for the Bay Area Council and an advisor to the California Resilience Challenge.

In early November 2014, newly appointed chief resilience officers (CROs) from 26 cities in 20 countries around the world met in New Orleans as part of first ever CRO summit of the 100 Resilient Cities program, pioneered by the Rockefeller Foundation. Cities as large as Bangkok, Thailand, and as small as Byblos, Lebanon, were represented. Each faced a host of resiliency challenges: from earthquakes in Quito, Ecuador, and Christchurch, New Zealand; to violence in Oakland, USA, and Medellin, Bogota; from missile attacks in Ashkelon, Israel, and Ramallah, West bank; to sea level rise in Norfolk, USA, and Rotterdam, the Netherlands. The 100 Resilient Cities program is funding the salaries of these CROs for two years so that each city has a dedicated individual to develop and start to implement a resiliency strategy to tackle these problems.

AECOM is a key strategy partner for the 100 Resilient Cities’ program – working with their leadership team to help develop the process that each of the cities will follow to develop their resiliency strategy as well as working directly with a number of the 32 cities in the first cohort of the program, including Christchurch, Melbourne, San Francisco, Berkeley, Oakland, Rome, Bangkok and Quito. 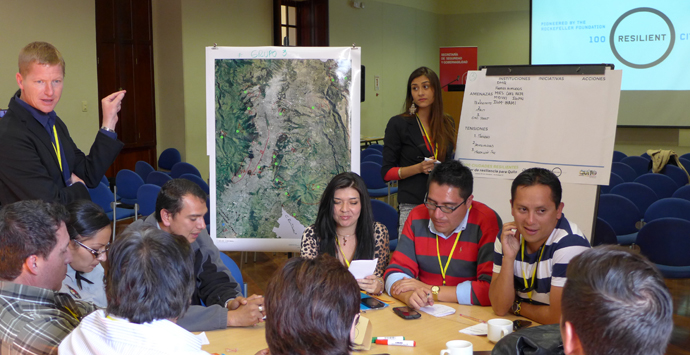 Although the issues in each city may vary, there are common themes, challenges and opportunities for each CRO, not least dealing with the fact that this is a brand new position for most if not all of the city governments with no precedents to follow and often no staff for direct support. This also gives the CROs a clean slate to cut across departmental silos, perhaps find new allies and connect them to others, ask pertinent questions, and above all identify co-benefits of different strategies to help demonstrate the value of the resiliency lens. CROs need to take advantage of their current ‘informal’ powers to resolve resiliency challenges that transcend borders and boundaries.

The World Bank estimates that $57 trillion dollars will be invested in infrastructure through 2030, and there is an incredible opportunity to make sure that this infrastructure is conceived, designed and built in a better way that incorporates resiliency and provides long-term return on investment.

Such infrastructure investments should further community as well as physical or environmentally resiliency (so that a new elevated road say doesn’t bisect a community or a new drainage regime move a flooding problem from one place to another). 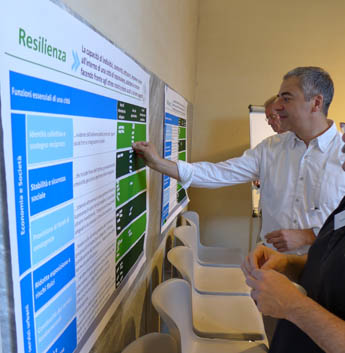 Finding co-benefits for resiliency strategies is key. For example, any adaptation strategy implemented to protect against a future event or impact should provide some tangible benefit now; for instance, well-designed green infrastructure to deal with stormwater run-off in urban environments can enhance the public realm for pedestrians and raise property values for building owners or developers. Dealing with electricity grid infrastructure reliability may provide crime reduction benefits through consistent street lighting. Any effort to improve community cohesion and communication, whatever the issue, will help a community become better prepared in the face of a shock or stress.

One of the biggest challenges for these cities in solving their resiliency issues is having the data to understand what they should tackle first and how to engage their communities in the process. In recognition of this, 100 Resilient Cities is also facilitating access to a wide array of platform partners, from data manipulators Palentir, to reinsurance giant Swiss Re, to social media convenor Ushahidi, to procurement changer CityMart, to help give the cities a helping hand, and help transform the market for all the other cities out there that also have critical resiliency challenges.