Bright lights shine on in India

It’s now the end of week 1 of our two-week program. Wow, it’s been a big week, not just here in India, but also back home in South Australia. There is some irony in the fact that I’m sitting here in Lucknow working to get solar lights to the market stall owners and slum communities while, back in Adelaide, the whole state lost power during a big storm event and could use solar products themselves! I was quite worried from India and glad to hear from my husband that he, the kids and the house were safe and sound.

Back to the program and I can say the first day was a lot of fun. We had our startup session with Pollinate Energy and got to know our international (eight) and local (seven) team members. We then split into groups to venture to the city’s landmarks, collecting points along the way by drinking chai out of clay cups, doing group yoga poses, finding mangoes (they are out of season) and making friends. 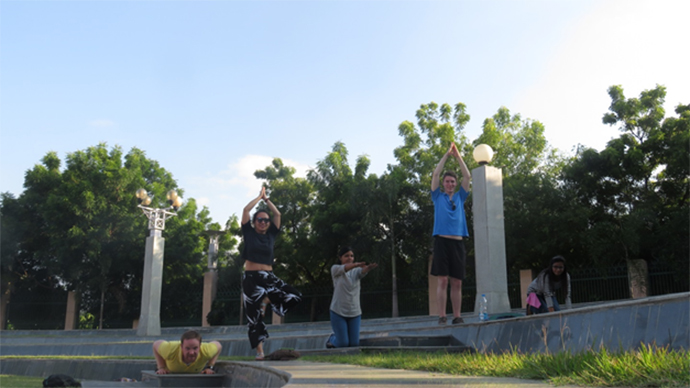 We are the first professional group to come to Lucknow, and many of the projects we’ve been given are based around data gathering and setting up the city for business. On day 2 we had a quick Hindi lesson before being assigned our Honeycomb projects.

One team is scouting the neighbouring city of Kanpur to see whether expansion into this city is possible. Kanpur is 70 kilometres south west of Lucknow and has a population of four million people. A second team is surveying new slum communities in Lucknow to see what products (solar fans, water filters or eco cooktops) could be introduced. The AECOM team is surveying market carts and stalls to see if they are interested in the solar lights and fans to replace their current rudimentary car battery and LED strip system. Our team is also working with Pollinate Energy to help with the recruitment process of “Pollinators,” who are locals that will sell the solar lights and other sustainable products in the slum communities.

Our team got straight into developing a survey to get an understanding of the lighting situation for market sellers. The survey had to be short, sharp and shiny, as a long survey would distract the owner from potential customers. If it was too short, we wouldn’t be able to gather the information we needed. The main questions focused on trading hours, profit per day, the current light system and how much that system cost them either outright or on a per day basis. 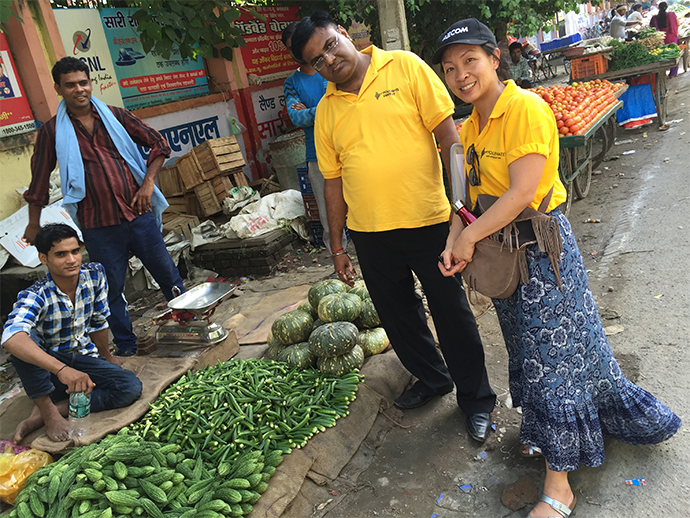 We have conducted approximately 50 surveys so far across five locations, and our initial findings were eye opening. A large number of stall owners work long hours, mostly from 8 a.m. until 10 p.m. for an average of 500 INR a day. That’s an hourly rate of approximately AU$0.70! On top of that, they were often paying between 20 – 50 INR per day for their lighting system. Our solar lighting systems could definitely have a positive impact on these people, as these stall owners are likely to be from the slum communities themselves.

At the end of week 1 we were treated to a day off, so a small group of us ventured to the Taj Mahal – an eight-hour bus ride from Lucknow. It was a tiring journey, and after arriving at our hotel at 2 a.m. and managing just three hours sleep, we were up again to see the sunrise at the Taj. What an amazing monument, built out of shimmering white marble to house the favourite wife of the emperor at that time. It was a short day trip to Agra, but well worth the journey.