The secret to growing a brilliant city

If you could describe the perfect city, how would it look and feel?

Every person has their own opinion on what makes a city brilliant – stunning architecture, a great football team, or a beautiful waterfront that bustles with activity. However, brilliant cities share a number of common characteristics which make them stand out and draw a crowd. The most brilliant cities exude character and confidence. They bridge the gap between private and public to get essential projects funded and delivered. They draw on technology and innovation to operate efficiently while achieving tangible social and economic benefits.

The most brilliant cities also learn from mistakes of the past and consistently ask; what could we do to improve our city? They recognise when existing projects are failing – and take steps to correct them, no matter how disruptive it might be to the status quo.

The urban century is upon us – with 70% of the world’s population expected to live in cities by 2040. In Australia and New Zealand, our cities are facing extraordinary growth. The populations of Sydney and Melbourne alone are expected to double, each surpassing eight million by 2054. For this reason, cities have never been more important, nor has the global competition for capital and talent been more intense. For some, this scale of growth can be a reason to panic – more traffic, less green space, more pollution, less affordability we hear them say. But the opportunity is relative to the ambition. Now is the time to change the headlines, and excel through this time of global change for our cities to become truly brilliant.

In Australia, our newly appointed Prime Minister Malcolm Turnbull has made a bold start by appointing Jamie Briggs as Australia’s first ever Minister for Cities. We are hopeful that this could lead to a shift in how we plan, design, build and operate our cities – to pursue broad, integrated strategies to tap in to hidden value. To think holistically in this way will enable us to see more potential from our cities. 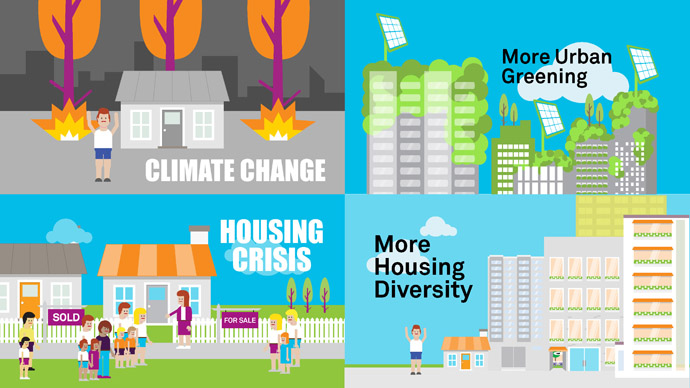 Putting a plan into action

Albert Einstein once said that the definition of insanity is to repeat the same behaviours and expect a different outcome. Designing and building our cities how we always have will continue to generate problems like urban sprawl, ad-hoc development and in some areas, poor livability. All factors which can inhibit productivity of people and capital investment.

This edition of ‘thinking…about’ introduces new ways of designing, funding and enabling brilliant cities in Australia and New Zealand. We explore the opportunities that can be created by thinking differently, and by taking bold moves which may be disruptive in the short term. Whether that’s replacing a riverside expressway with an underground tunnel to open up a city’s waterfront, or unlocking the potential of our disused underground spaces, we need to optimise our assets and when we do – the opportunities are endless.

We hope you enjoy this edition of ‘thinking…about’. Read more at aecom.com/seeingmore and continue the conversation online #seeingmore

James Rosenwax (james.rosenwax@aecom.com) is leader of AECOM Cities in Australia and New Zealand.