Why farm the city?

Agriculture has made cities a reality. Without a reliable food supply, it is simply not possible for large numbers of humans to settle together in the same location, and agriculture has allowed us to do this on a staggering scale. For the first time in our history, more people live in cities than rural areas. More than 1,000 cities worldwide have a population of one million or more. So with all of this success, why change the status quo? 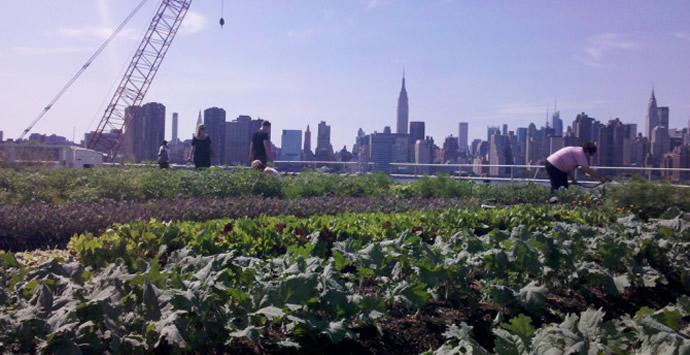 In a rapidly urbanizing world, we are faced with a very real challenge — supporting a larger population with fewer resources. The United Nations predicts that by 2050 the global population will reach nine billion, with over six billion people living in urban areas. This is uncharted territory for our civilization, and could require an increase in food production by as much as 70 percent.

Our current food system is already showing the strain. Disconnecting the farm from the city has enabled food production at an industrial scale but is reliant on significant infrastructure to process food and transport it to the city’s hungry mouths. It is here that many issues and questions arise.

Just at the point when we become a civilization of urbanites, the food foundation on which cities rely is faltering. This can be seen as a time of great opportunity. While it is easy to view the city as a thing in stasis, the reality is quite different — adapting to market demands and external pressures. The way that cars changed cities in the middle of the twentieth century illustrates this well. Now the great car city of Detroit, already home to some of the largest urban farms, is illustrating a new and potentially equally transformative trend. Farming the city is no longer a hobby for the few but an answer to some very real global challenges.