This growth has drawn attention to Romania as a potential ‘it’ market for property investment in the near future. Various media have even started referring to Romania as a rare European ‘tiger economy’. But is this positive growth really a telling sign of fertile ground for foreign investment?

Romania is the largest country in south-eastern Europe with a marketplace of roughly 20 million people. It is well known for its breathtaking landscapes, comprising 37 million acres of arable land, Black Sea coastline and dramatic mountainous regions. Its workforce is well educated, and wages are rising, with investors from the likes of banking, energy, biotechnology, manufacturing, electronics, consumer products and telecommunications having all made significant investments in Romania’s future.

Yet, it has been nothing but a bumpy ride for the country since the opening up of the market in the late 1980’s. Romania has continuously struggled to apply socio-economic reforms, and has remained blighted by corruption and political instability, even after joining the EU in January 2007. The global financial crisis hit Romania hard, forcing the country to adopt austerity measures in 2010, causing widespread unrest. Romania had to accept €13 billion in aid from the International Monetary Fund (IMF) in 2011.

The recent economic recovery of Romania has been accompanied with positive growth across its various real estate sectors. For example, the Bucharest office market is now at its strongest point of recovery, registering record post-crisis trading volumes and an increase in new quality stock. Net take-up accounted for almost half of the entire activity, indicating healthy growth in the market. Demand is expected to continue on an upward trend, given companies’ interest to either enter or expand in Romania. Regional cities remain competitive destinations for Business Process Outsourcing (BPOs) and Shared Service Centres (SSCs), with demand for office space spilling over into tertiary cities as well.

As for retail, the current supply of retail space is approaching 3.0 million m2, with Bucharest’s stock at just over 1.0 million m2, significantly lagging the supply in France, Europe’s leading market. While it remains on a par with Warsaw, Bucharest is still one of the least-saturated major cities in Eastern Europe. With approximately 200,000 m2 of new-build retail space having been brought to market in 2015 (the majority being in Bucharest), developers continue to seek to capitalise on yield compression and the growing investment volumes of recent years.

Quarter-on-quarter growth in investment has in turn accelerated the development pipeline across all sectors, with construction costs also increasing as a consequence. The general lack of capacity across the contractor community, coupled with the burgeoning development pipeline, will drive an increase in tender costs due to an inflexible local supply-chain limited in capacity and unable to adapt quickly to the changing landscape. 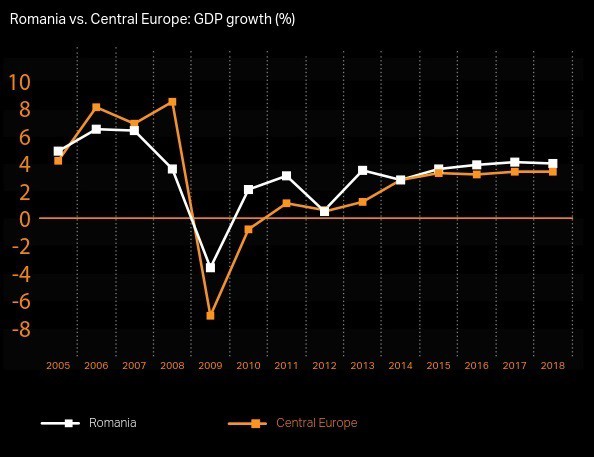 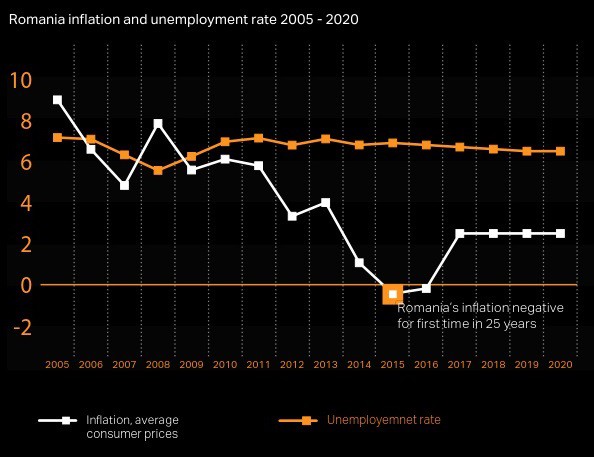 There are increasing signs that 2016 will also mark the comeback of the industrial sector – a trend that was evident in last year’s landmark investment deals. This comeback has reignited a number of schemes that had previously been on ‘hold’, and with land already in the possession of the key developers, new product is coming to market quickly.

With Romania’s office market seemingly on the cusp of growth, this is having a direct impact on the price of land, professional services, and construction works. More office developers are exploring the delivery of new developments using Construction Management to reduce cost and risk, and to increase flexibility.

The absorption of new office product has been significant over recent years, and developers with land are increasingly looking to recommence schemes that were previously on ‘hold’, with new buildings already breaking ground on multi-phase schemes that were previously permitted. With costs increasing, but with the larger pipeline of new product likely to ensure rents do not increase to any significant extent, developers are looking towards yield compression more than ever to maintain investment returns. As a consequence of this, the efficiency and quality of investment product is increasing to a quality level typically seen in more mature markets.

Romania is without doubt the last true emerging market left in the EU, and with stability and increased investment over the coming years, there is little doubt it can finally grab the commercial property limelight.

< Return to the Cornerstone homepage