Mike is senior vice president and chief ethics and compliance officer, and is based in Arlington, Virginia.

As part of our ongoing commitment to supporting military veterans, AECOM recently partnered with the COMMIT Foundation to host their veterans transition workshop in our Arlington, Virginia, office. The two-day event brought together 17 high-performing veterans and servicemembers who have recently left the U.S. military or will be transitioning out soon, paired with 17 COMMIT staff and volunteer mentors who are veterans themselves. It was my privilege to not only sponsor the event for AECOM, but also serve as a mentor alongside two other AECOM colleagues.

I’m thrilled that the TODAY Show shined a light on the important work of the COMMIT Foundation, including its incredible co-founder and CEO, Anne Maree Craig. She shared the organization’s mission: “So many organizations are focused right now on how many veterans they’re serving, rather than how deeply they’re serving individuals. The COMMIT Foundation steps back and rather than just focusing on interviews and resumes, we help people assess their values, their strengths, what they want a day to look like… We help them find themselves first.”

My transition out of the U.S. Marine Corps in 2007, after nine years of service, was one of the most stressful periods of my life. While I was eager to provide my family with greater stability and to pursue other dreams as a civilian, I was also leaving behind a life of tremendous purpose and fulfillment. Much of my identity was wrapped up in my military service. I was fortunate to land at AECOM where my managers supported my ambitions to go to law school at night, and more than 12 years later, I still love what I do.

While my unconventional path has led to a very fulfilling post-military career, I certainly would have benefitted from a program like COMMIT back when I was so unsure of my future. My AECOM colleague and fellow mentor, Melissa Udbinac, who is a U.S. Army veteran, agreed. She said, “Success often comes on an unexpected path that is very different from the starting point.”

My roommate from the Naval Academy retired from the Navy last year and joined the COMMIT Foundation as an executive, where he facilitates workshops. When he invited me to serve as a mentor last fall, I jumped at the opportunity and found the experience so rewarding that I wanted AECOM to get more involved and make a greater impact. First, AECOM helped sponsor a COMMIT workshop in Anaheim, California, with all women veterans, which was profiled on NPR. We also offered to host a workshop in our office.

At the start of the event, many of the veterans expressed their anxieties around financial security, finding a job they’re passionate about, networking, interviewing, and preparing adequately for a completely different career. I was asked to speak on the first mentor panel and specifically, to delve into the challenges of my own transition experience. My family experienced some significant and unexpected challenges during my transition so to share my personal experience with a group I hold in such esteem was cathartic.

Through a series of panel discussions and small breakout sessions, we set out to help the veterans increase self-awareness about their desired outcomes, expand their imaginations about possible career paths and gain insight into the industries that interest them. 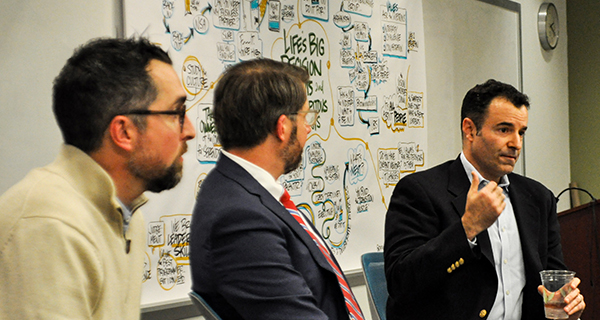 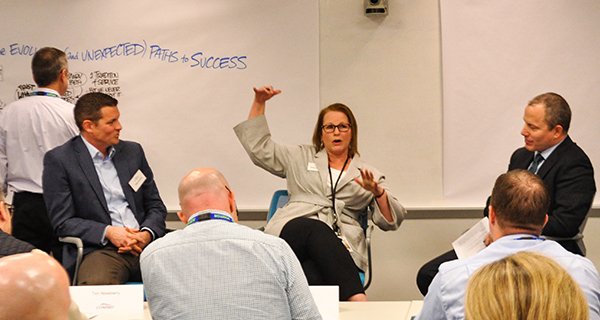 At the end of the workshop, it was gratifying to see the veterans gain more confidence about their own transitions. My colleague Ray Lamas, a mentor and U.S. Navy veteran, said, “It has inspired me to continue working with veterans to help them communicate their outstanding value to civilian employers and ultimately find their new professional passions.” As these veterans begin their transitions into the civilian world after serving us, I am immensely proud of how AECOM rallied around them. 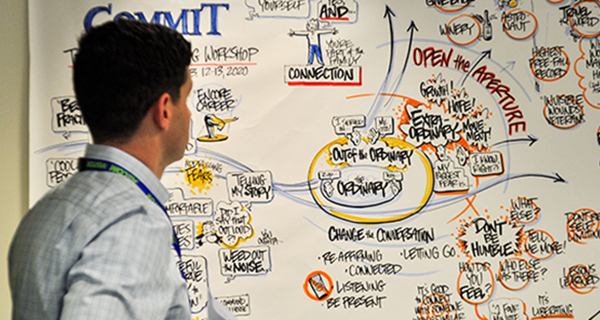