Creating healthy cities: vibrant and vital for a better future

Several European cities have have banned vehicles from their city centres in an attempt to create a more active, healthy community.

The world’s great cities are exciting and dynamic places rich in experience, opportunity and potential. They are hubs of social interaction, commerce and culture, boasting exceptional places that we love to experience.

As the default metric for our cities has become the strange notion of ‘liveability’ (as if the alternative would be acceptable), it is important that we go beneath the surface to investigate not just the ability of our cities to support life, but their ability to nurture an abundance of health, vitality and well-being for the whole population.

The performance of our cities for the majority of the urbanised population should be alarming. It is a fact that we are not creating healthy cities. The World Health Organisation, the United Nations and others have established a clear and determined focus upon the threats and challenges presented by the prevalence of chronic preventable lifestyle diseases now – and the fact that well-established patterns of city life are expected to make things much worse.

Driving to our detriment

Many great city centres are flanked by fragile outer-urban and suburban communities with limited resilience in the face of change and limited potential for investment. Over past decades, city design has been guided by the need to drive. This functional view of the city as a mechanism geared to efficient transit has kept private car use in sharp focus. This form of transit has implications for social connectedness (isolation within the car and separation brought about by roads), for climate (urban heat island), for the use of limited space within cities (opportunity cost) and the health of drivers and their passengers who are physically inactive on their daily journeys.

The statistics are damning. The 2011 Census of Population and Housing released by the Australian Bureau of Statistics showed that nationally, over 65 percent of people travel to work by car. If we examined our major cities, the percentage of those electing to cycle or walk to work in Melbourne (4.2%), Sydney (4.9%) and Brisbane (4.1%), was low and showed meagre growth in the five years between the 2006 Census and the most recent collection of data in 2011.*

In combination with poor diet – in the whole population, not just particular socio-economic groups – our ‘driven’ lifestyle reflects a broader reliance upon an industrialised model for different aspects of how we design, build and function within cities. Typically, we have viewed the city as a mechanism, designed to enable different functional layers to work, and to enable efficiency upgrades and technology to be applied to the different layers in isolation. This attitude is reflected in the ways in which we organise and fund the fabric of our cities. 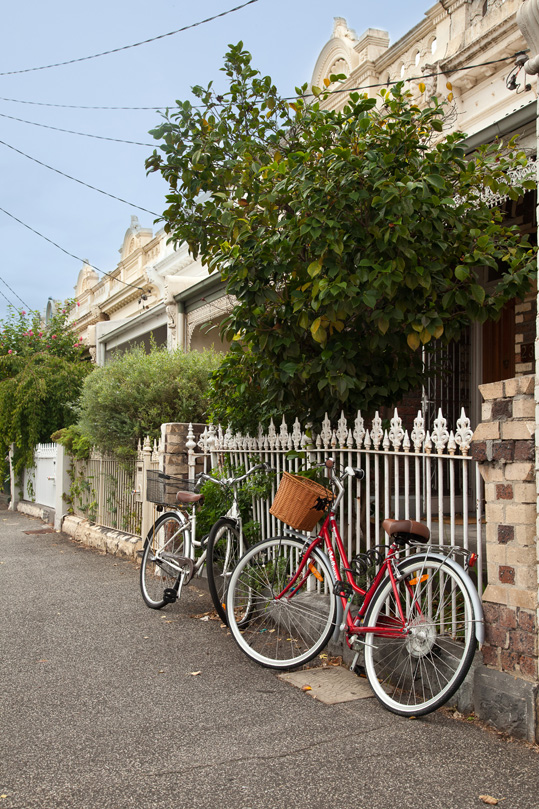 Making a city safer and more attractive to cyclists can have many benefits.

Great health and well-being should be non-negotiable objectives for any civil society. Over the last decade we have observed resurgence in the notion of place-making, as a plea to reconsider the role of the city as a more balanced environment for people. People thrive as active, healthy and engaged participants in a community. 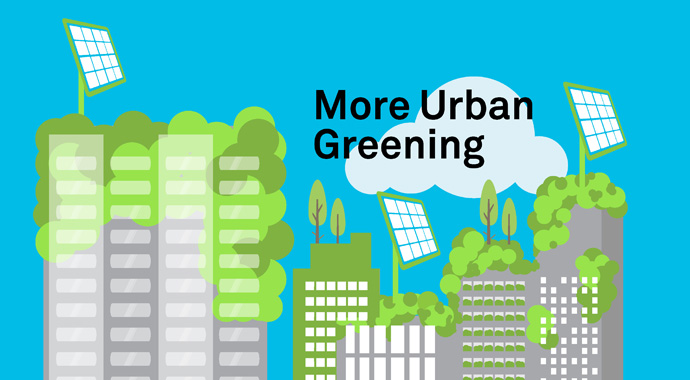 We need to shift the way we plan and develop our cities to better facilitate a healthy, active community.

A more appropriate framework to address health and well-being at the highest level would be to adopt a holistic view of the city as a complex organism, where the connection between elements can be embraced within a more sophisticated understanding of places. Humans are inherently creative and adaptable. We have the ability to embrace and manage the complexity of city environments in exceptional ways, particularly if we engage communities in their performance.

It is not all doom and gloom. Encouragingly, we are seeing significant efforts in some cities to counter our malaise towards active living. In the Norwegian capital of Oslo, the municipal council has decided to ban vehicles from the city centre by 2019, a move that has prompted a massive boost in public transport investment, including 60 kilometres of bicycle lanes.

Oslo’s decision is the first permanent vehicle ban for a European capital’s city centre, and arrives on the back of trial bans in other iconic cities, including Paris. In London and Madrid, authorities have introduced congestion charges as another way of limiting traffic.

City Hall in Paris has recently declared the ambition to become the ‘World Capital of Cycling’. The ambition is supported by a €150 million ($164.5 million) program over the next five years that aims to make Paris safer and more attractive for cyclists. This approach also offers opportunities to address the character of the urban environment where car domination is reduced.

Adjustment is hard, but risk for communities in cities now needs to be understood more directly as the significant risk of doing nothing in the face of compelling evidence. If we have taken more than a generation to acknowledge the challenges of an unhealthy urban environment, then it may not be unreasonable to assume it could take a further generation to achieve a shift in the way we plan, design and build our cities. We should start with a clear and determined focus on education and immediately embrace the exceptional community experience that could be unlocked across our vibrant cityscapes. Our metropolitan centres have enormous potential and we have the creativity to express what is special about those places.

In the short term, we need to shift our thinking from ‘liveability’ as an abstract concept, to an evidence-based ‘healthy city’ on the whole community within the city catchment. There are many significant examples of positive change, mostly borne of a collaborative approach that acknowledges the difficulty of achieving change in isolation.

If we can lift our eyes from the function and performance of single layers within a city, then we can embrace a more ambitious vision of healthy cities with integrated and beneficial community infrastructure. Whilst cities are hugely complex organisms, the first steps to making change can actually be as simple as acknowledging the need and seeking collaboration across established boundaries.

Let’s remember that in 1969 we visited the moon, when to many it may have seemed out of reach. Two generations on from that sparkling achievement, it is time to recognise that we have all of the knowledge and tools we need to create healthy cities and a healthier future. We just need to understand that that is our shared objective.

* Source: Australian Bureau of Statistics, Census of Population and Housing 2006 and 2011.

Alastair Leighton (Alastair.Leighton@aecom.com) is an Associate Director in Design + Planning at AECOM, and is based in Brisbane.

Competitive territory: are our... Inside-out: the secret to succ...
Transportation
Disrupting the transportation paradigm
Sustainability
Glasgow has one of the highest levels of fine particulates in the UK: Why does this matter?
Sustainability
How setting ambitious Science-Based targets helps safeguard people and our planet