Inside-out: the secret to successful city growth lies at the core

Moving towards a denser way of living does not mean abandoning what we cherish.

Australia’s population is growing, and fast. But are we ready? With more and more people expected to live in urban areas, how can we successfully accommodate this growth while striking a balance between productivity and retaining our great quality of life?

Plumping up the CBD

When we think of city growth, we tend to think about expanding the edges – a centrifugal force pushing out new development frontiers to create more housing to meet demand. However, a successful city also needs to expand its metropolitan core to create a thriving commercial centre for a growing population. In Melbourne, Docklands represented the first wave of CBD expansion; however it was a case of ‘too fast and too far’. Melburnians are still taking a while to warm to the bulging growth to the side of the CBD. The next wave of CBD growth will need to wean itself from a reliance on harbouring a water view, and focus on creating strong connections to the transit network. To effectively ‘plump up’ a CBD, the key is to effectively organise new development around a similarly beefed up transport network. The movement of residents and workers is far smoother and desirable if they have more choice and flexibility in moving around this intensified CBD.

Cities are stubborn creatures, and an abrupt change often brings about resistance – evolution needs to be gradual and complimentary, taking cues from the existing ‘city making culture’ to be quickly embraced. The next opportunities for expansion of the CBD offer a chance to knit the city together in the round – by building on existing transport hubs on the fringes of the city. In Melbourne, these include Richmond, Victoria Park and Arden Macaulay to name a few. While they each require significant upgrades, they serve strategically important precincts which are growing in significance. In contrast, other precincts which have been dubbed as the new growth areas of the city include Lorimer and Montague in Fisherman’s Bend and Forest Hill /South Yarra, which are the focus for some infrastructure investment, however not yet to the extent or sophistication required for the populations projected. By creating a newly defined city core which brings together and connects all of these areas, we can begin to set parameters for integrated urban development within this zone. 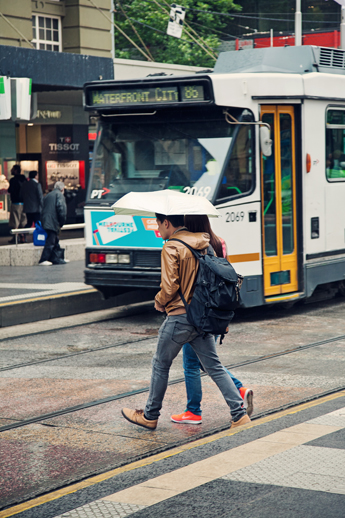 A well-connected public transport system will provide flexibility and convenience for city residents.

The creation of an effective multi-modal transit system will become much easier in this intensified CBD. A better connected train, tram, bus and bicycle system can provide greater choice and flexibility for residents and workers and will become much more desirable than the trusty private vehicle. As such, the edge of the growing CBD may become a boundary at which we need to get out of our cars and use public transport. This could perhaps be further encouraged by applying a congestion zone charging mechanism, which would make public transport provision even more important. The ‘plump’ CBD won’t be shy of walking or cycling, it will be an experienced triathlete.

Central to our quality of life is the need for open space – whether it is a backyard, a football field, unstructured playground or a bowling green. Moving towards a denser way of living does not mean abandoning what we cherish. In a denser urban centre, this may simply take a new form, as we rely less on large expanses of green space and create smart ways to integrate community spaces into our urban fabric. Elevated public spaces – on rooftops and above transit areas could become activity areas such as playgrounds, gardens, basketball courts and soccer pitches, integrated into central areas. The city would be explored more and more on a vertical plane, with surprising green spaces and hangouts high above ground level. Slowly, we are starting to see examples cropping up – the unused car park on the rooftop of Melbourne’s Federation Square has been transformed into a community gardening paradise, where veggie crates can be rented by the city’s residents, restaurants and businesses. 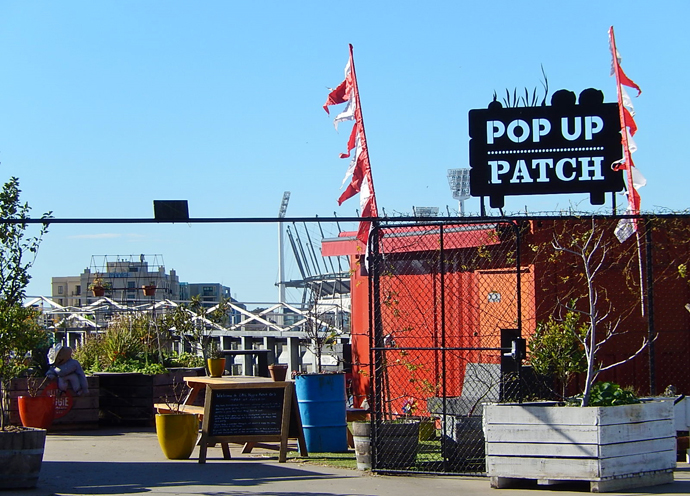 It is easy to oversimplify the challenges of ‘plumping up’ our central metropolitan cities. Indeed the rhetoric of density in the Australian context has been well worked for a decade and yet we only just now understand the true challenges. True global cities such as London, Paris and Hong Kong, all have concentrated metropolitan populations that Sydney and Melbourne will reach over the course of the next 40 years. Yet they have methods of moving people and goods in a far more sophisticated way than our Australian cities currently have. They have had true metro transit systems for several decades; in London’s case for almost a century.

If we can better plan for the growth of our cities, it will enable us to effectively move large numbers of people – connecting them to jobs, homes and open space, all within a denser city landscape.

Tim O’Loan (tim.O’Loan@aecom.com) is the Design Practice Leader at AECOM in Australia and New Zealand, based in Melbourne.