Milan’s Piazza Gae Aulenti draws people to its “edge” and to the surrounding mixed-use development. Photo by Cannon Ivers.

Ever gone to a party where you know no one and found yourself standing close to a wall, leaning against a doorway or hanging out around the kitchen counter? This is what environmental psychologists call ‘the edge effect’ and is a behaviour that is deeply rooted in our psyche for good reason. Way back in our evolution, when saber-toothed tigers still prowled the earth, standing out in the open for too long could have meant falling prey to a whole series of ferocious beasts. Staying close to the edge of a forest or a pile of rocks gave refuge during time of attack and a sense of security when exploring new territories.  This instinctive behaviour has stayed with us. Today an understanding of the edge effect can be harnessed for other uses, even bringing street life to our city centres and aiding the success of commercial developments.

Milan’s Piazza Gae Aulenti is a good case in point. Opening at the end of 2012 to rave reviews from Italian national newspapers, which called it “the piazza of the future,” this on-structure plaza bridges two pieces of urban fabric that were separated by train tracks and are now encircled by a mixed-use commercial development. One of the key challenges was how to create a welcoming human scale for a large space surrounded by high-rise buildings while respecting the Italian tradition for open piazzas with few vertical elements. This was compounded by a need to naturally ventilate the parking levels below, which resulted in the need for huge openings in the plaza surface. 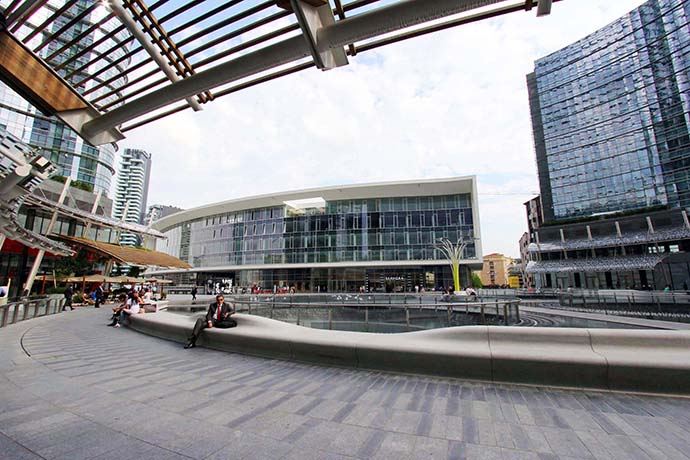 The solution has been to flood the plaza with a thin skin of water, surrounded by continuous seating. Pathways following key desire lines cut across the water’s surface, carefully positioned far enough from the ventilation holes so the parking cannot be seen. The buildings’ reflections enliven the space by day and night, and areas of the water skin can be drained to accommodate large events. Even when little activity is taking place people seem quite comfortable hanging out by themselves, helping to create a welcoming atmosphere which the surrounding businesses then benefit from – a phenomenon seen in other successful developments such as Westfield London. 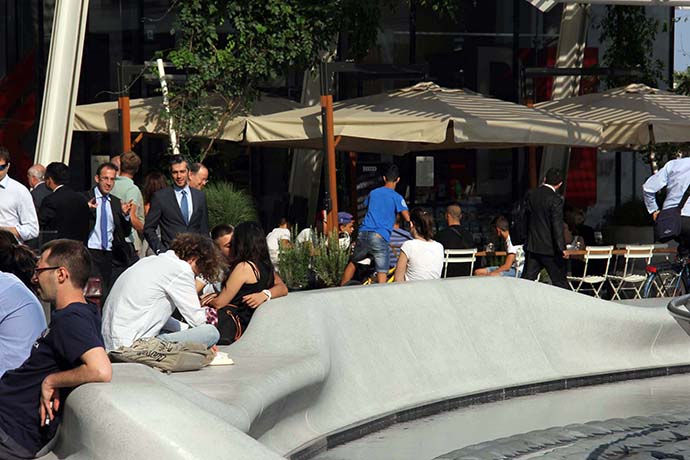 The edge effect in action. Photo by Cannon Ivers.

This has been achieved by paying close attention to the edge effect. The seating that wraps around the central water feature also runs parallel to a series of cafes and retail stores, which enclose the ground level of this semi-circular space, leaving room for pedestrian flow and outdoor dining. The edge that the seating creates has been intentionally designed to form a variety of opportunities for people to sit and linger, activating the piazza with life and encouraging people to spend more time in the area to shop or frequent the outdoor dining. 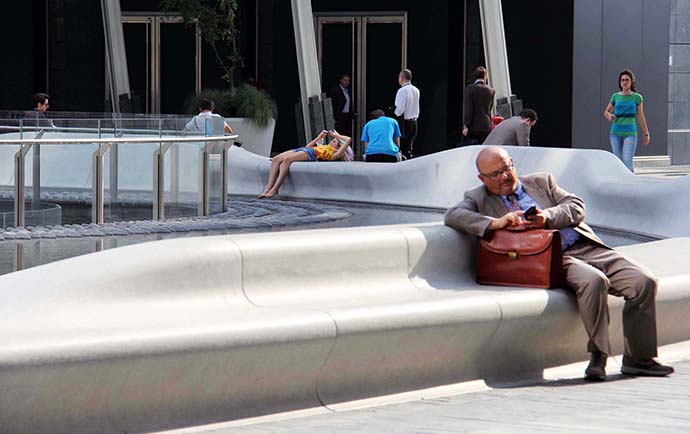 Offering people a chance to relax, free from their vestigial fear of saber-tooth tigers. Photo by Cannon Ivers.

On the one hand the seating can be seen as an elegant piece of sculpture, its sensual curves mirroring those of the catwalk models who display the latest creations from Milan’s famous fashion houses. At the same time it is also a pragmatically generated element, the form being an extrusion of the series of seating elements, from a seat with a back to a double bench facing the water – all carefully orchestrated to harness the powers of the edge effect. 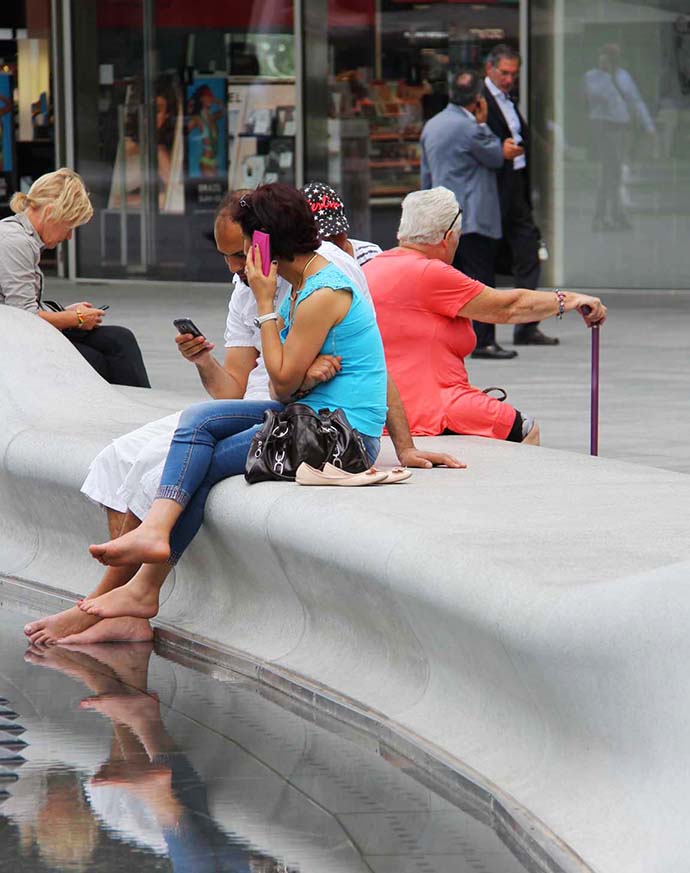 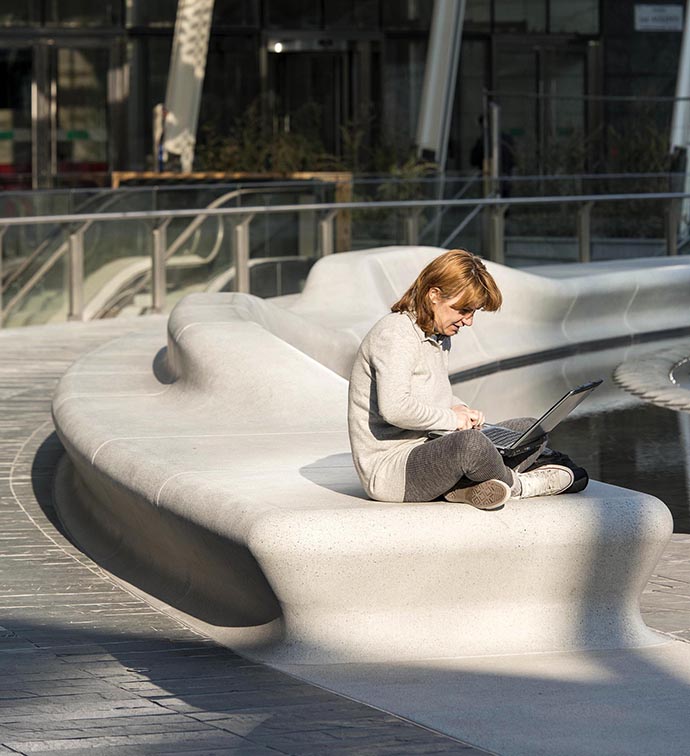 A place to be productive in public. Photo by AECOM.

James Haig Streeter (james.haigstreeter@aecom.com) is a principal in AECOM’s global Landscape Architecture practice and led the design of the Piazza Gae Aulenti.