Kicking it in Kolkata

Hi, I’m Juli Anderson, principal creative based in AECOM’s Sydney office. While Colette and Beth have been working hard in Hyderabad for this year’s Pollinate Energy Young Professionals Program, I’ve been stationed in Kolkata.

Kolkata (formerly Calcutta) is the capital of India’s West Bengal state. Founded as an East India Company trading post, it was India’s capital under the British Raj from 1773-1911. Today it’s known for its grand colonial architecture, art galleries and cultural festivals.

Upon arriving, I was immediately captivated by the city’s charm, colonial buildings in urban decay, poets on corners drinking Kingfisher beers and smoking local cigarettes, stray dogs and street walls covered in splashes of pink and orange (remnants of the recent famous Holi festival), old-fashioned barbers, hordes of men huddled around a single TV watching the Cricket World Cup, and British sweet shops that have remained unchanged since the early 1900s.

But amongst this insanely captivating visual stimulus is a tremendous amount of poverty and pollution.

Kolkata has a population of approximately 14.1 million, making it the third-most-populous metropolitan area in India. Over 300 million people in India live without access to electricity, meaning they rely on fossil fuels, such as kerosene, for light. 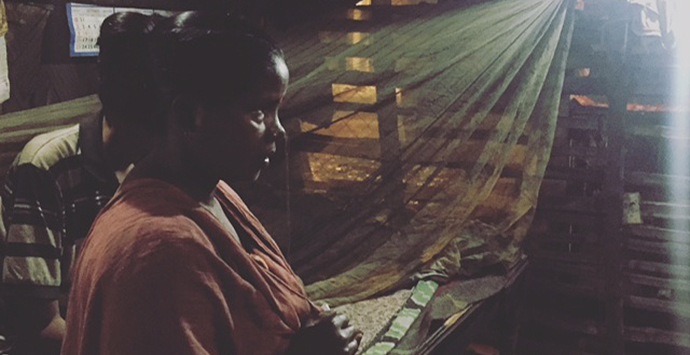 Global trends such as urbanisation and climate change have driven rural communities into the city in search of work, and many settle in slums. These people are not recognised by the government and operate on the fringes of society.

Pollinate Energy focuses on improving life in these urban communities where access to essential services is a privilege, not a right.

A year ago, Kolkata was selected as a city that needed Pollinate Energy’s attention. Over the past year, the “social business’s” co-founders have brought five groups to the city to work on strategic projects; one result of this focus is that Pollinate has now mapped out 450 communities within the city.

Co-founder Boris Couteaux says, “more than 70 percent of the 450 communities are fully electrified, and the rest is rapidly electrifying, meaning we have to adapt to the market and provide new products. People might now have electricity, but they also might still cook with kerosene and they might still drink very dirty water.”

My role as part of this year’s Young Professionals Program is to investigate the diversification of Pollinate Energy’s product range. So far, we’ve identified that some un-electrified communities are established and financially secure enough to invest in larger solar panel systems.

A larger system has the potential to offer these communities enough solar electricity to run lights, fans, phone chargers and TVs. We’re conducting market research, monitoring and surveying the communities, and liaising with suppliers to secure products we can test in the market.

One of these products that we’re currently testing is a solar fan. Kolkata experiences overwhelmingly hot summers, and our research suggests there’s a huge appetite for the fans to battle the intolerable heat in the slum dwellings.

Yesterday we tested the solar fan with Mr.Giri, an urban slum dweller and a Pollinate customer. Mr Giri bought a solar light six months ago to help his daughter with her studies. He believes a fan will also help matters. He told us he still wants to live his life with dignity and give his daughter a chance to learn English to break out of poverty cycle.

My biggest challenge with this adventure was always going to be leaving knowing there’s so much more I could do.

That said, this experience so far has exposed me to the most inspiring people and, professionally, given me a real insight into a sustainable social business that I can apply to my career. On a personal level, I leave with so much gratitude for the incredibly privileged life I’ve lived, and an overwhelming desire to make a positive impact on the world. 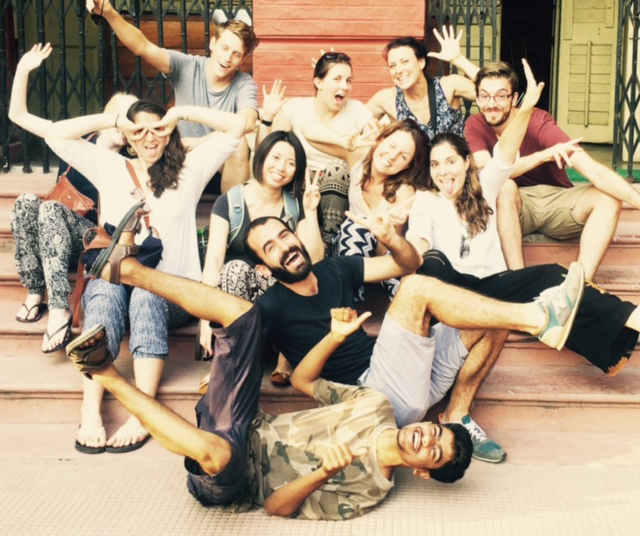 YPP on tour outside Rabindranath Tagore’s house — a poet, playwright, painter, actor, singer, musician and modern philosopher. Rabindranath has made a huge contribution to Indian literature and art.