AECOM has supported two of the winning entries for this year’s Community Links PLUS, a Scotland-based design competition, for the second year running. The company delivered design and planning services for City of Edinburgh Council’s West Edinburgh Active Travel Network and Meadows to George Street. The West Edinburgh project will transform one of Scotland’s most significant business-parks into an exemplar, people-friendly place with high quality active travel links to surrounding communities and key destinations. The Meadows to George Street project aims to transform the quality of cycling, walking and public realm along a major multi-modal transport corridor in the heart of Edinburgh.

The projects feature a combination of segregated cycle-ways, off-road paths, enhanced crossings, public realm improvements and a new bridge over a major rail line. The City of Edinburgh Council has been awarded £6 million in match funding for the £12 million projects.

The Community Links PLUS competition, hosted by Sustrans Scotland and the Scottish Government, recognises innovative projects that restore the balance of Scotland’s streets in favour of people walking and cycling. AECOM supported City of Edinburgh Council in the development of each phase of their winning bid, including feasibility and design, business case development, community engagement and communications planning.

AECOM also supported Glasgow City Council’s 2015/16 winning South City Way submission, making it two wins out of two since the competition’s inception last year. The South City Way project includes 3km of segregated cycle-ways along a major transport corridor linking a densely populated part of the south of the city with the heart of the city centre. Glasgow City Council is currently working with Sustrans and the Scottish Government on the phased implementation of the South City Way for a 2019/20 opening.

Paul Cameron, Operations Manager, Scotland & Ireland, at AECOM, said: “AECOM is proud to be supporting innovative projects in the two biggest cities in Scotland, for both the City of Edinburgh Council and Glasgow City Council. The Community Links PLUS competition is a wonderful opportunity to highlight innovative walking and cycling projects on a scale not yet seen in Scotland. Such projects can have hugely beneficial impacts on the health and wellbeing of locals and the quality of the environment, as well as helping strengthen local economies. AECOM would like to say a huge congratulations to all the other winners in the competition.”

More information about the design competition can be found on Sustrans Scotland’s website here: https://www.sustrans.org.uk/community-links-plus 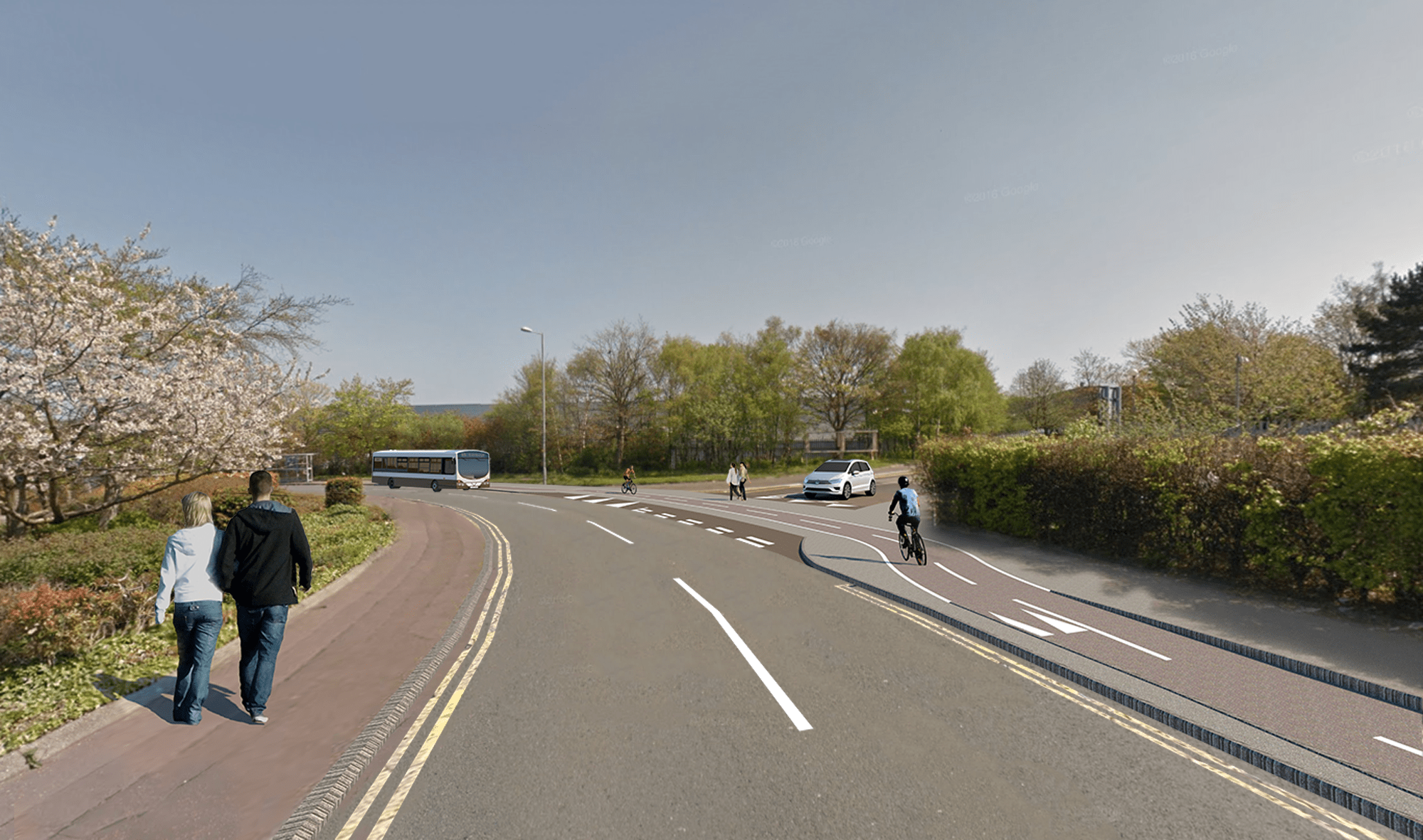