The AECOM sponsored British Army ‘Ice Maiden’ Expedition team are on their way to the southern hemisphere, where next month they’ll attempt to be the first all-female team to cross Antarctica.

The 6 soldiers will use muscle power alone to ski the 1700km, whilst pulling a sledge weighing up to 80kg, battling 60mph winds and temperatures as low as -40°C.

The team left London Heathrow on the 25th October bound for Chile, where they’ll conduct their final preparations before heading to Antarctica next month. 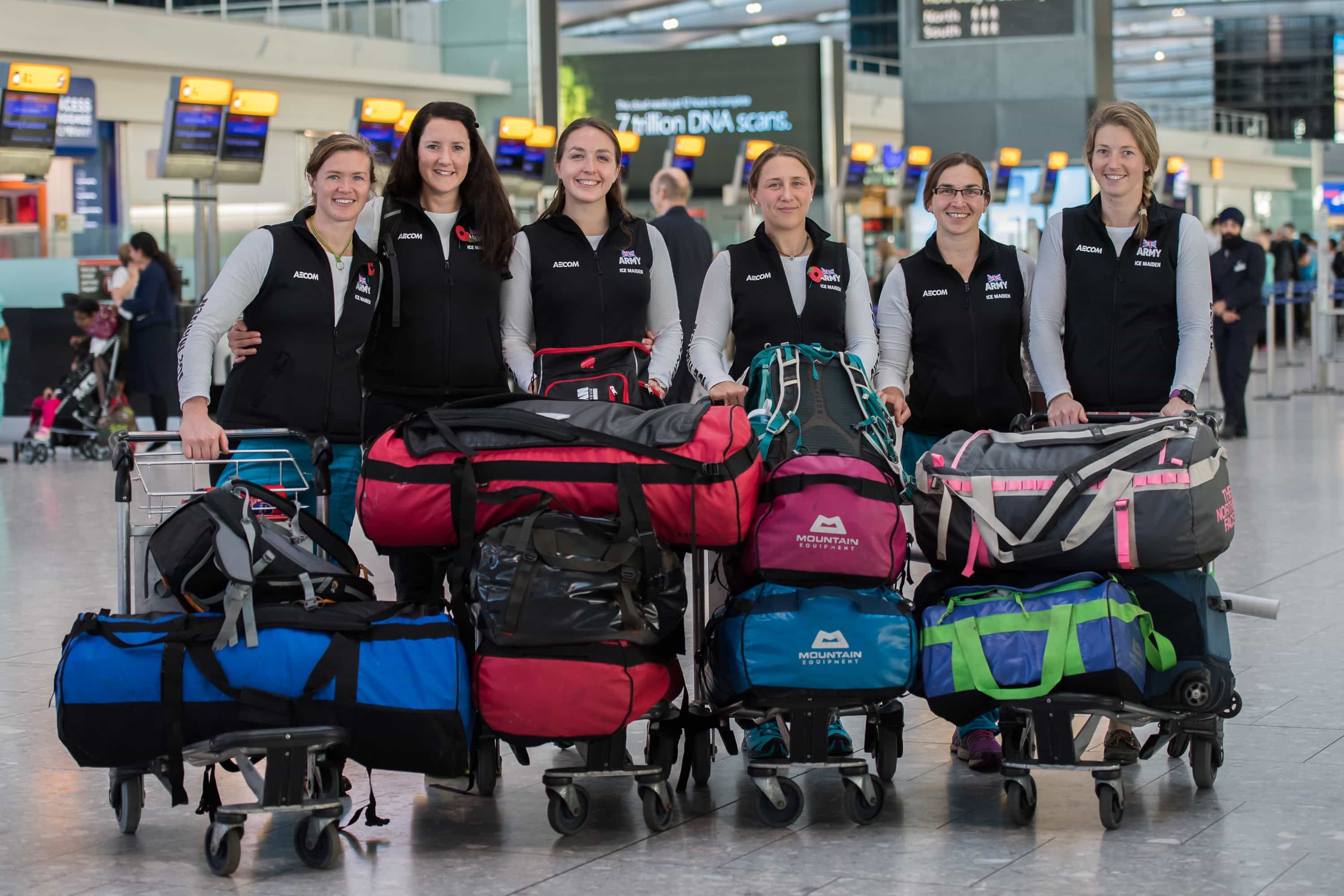 Major Wetherill said: “The aim of Exercise Ice Maiden is to encourage other women to get active and find their own Antarctica – the challenge they can achieve.  However, the medical research is equally important to us.”

Lara Poloni, Chief Executive of Europe, Middle East, India & Africa, AECOM, said: “On behalf of everyone at AECOM I’d like to wish the team the best of luck on their historic expedition. Having met the team on several occasions I’ve been impressed by their passion and drive, they’re an inspiration to us all. My hope is that the expedition will inspire a new era of female expeditionary spirit, and encourage women and girls of all ages to take up exciting challenges.”

Major Sandy Hennis said: “Ice Maiden is a once in a lifetime opportunity for me. Although I don’t like to admit it I do enjoy challenging myself and this is without question the hardest thing I have ever attempted! I also want to encourage other women to challenge themselves in the outdoor arena. I hope that a group of normal women, who have no experience of polar travel, attempting to cross Antarctica will inspire others to give things a go that they might not have otherwise.”

The expedition is expected to take between 75- 90 days and team will be on the ice for both Christmas and New Year. The soldiers will also be marking Remembrance Day in Antarctica having taken a specially written Act of Remembrance with them.

B-roll and photographs (please credit ‘British Army’) of their training can be downloaded here.

AECOM is built to deliver a better world. We design, build, finance and operate infrastructure assets for governments, businesses and organisations in more than 150 countries. As a fully integrated firm, we connect knowledge and experience across our global network of experts to help clients solve their most complex challenges. From high-performance buildings and infrastructure, to resilient communities and environments, to stable and secure nations, our work is transformative, differentiated and vital. A Fortune 500 firm, AECOM had revenue of approximately $17.4 billion during fiscal year 2016. See how we deliver what others can only imagine at aecom.com and @AECOM.