The UK’s first network arch bridge has been installed on Network Rail’s Ordsall Chord project in north west England. Two cranes worked in tandem to lift the 600 tonne steelwork arches into position across the River Irwell between the cities of Manchester and Salford. The bridge is the result of a detailed collaborative effort by the AECOM Mott MacDonald joint venture (JV), project architect BDP, contractor Skanska BAM JV and steelwork subcontractor Severfield.

The new crossing, a highly unusual asymmetric network arch bridge, is the first of its type to be built in the UK. It forms a key part of the Ordsall Chord rail link that connects all of Manchester’s city centre railway stations for the first time, easing rail traffic congestion, reducing journey times and enhancing rail capacity across the north of England. The efficiency of the network arch structure meets the architect’s aspirations for an elegant landmark bridge, as well as all necessary performance requirements to carry the Ordsall Chord’s new twin track railway.

Richard Mansfield, the AECOM Mott MacDonald JV Project Director, said: “We are very proud to have been involved with such a prestigious and significant project for Manchester and the north of England. It is a fantastic achievement for all involved to see our combined efforts coming to fruition.”

The Ordsall Chord is due to be completed in December 2017. 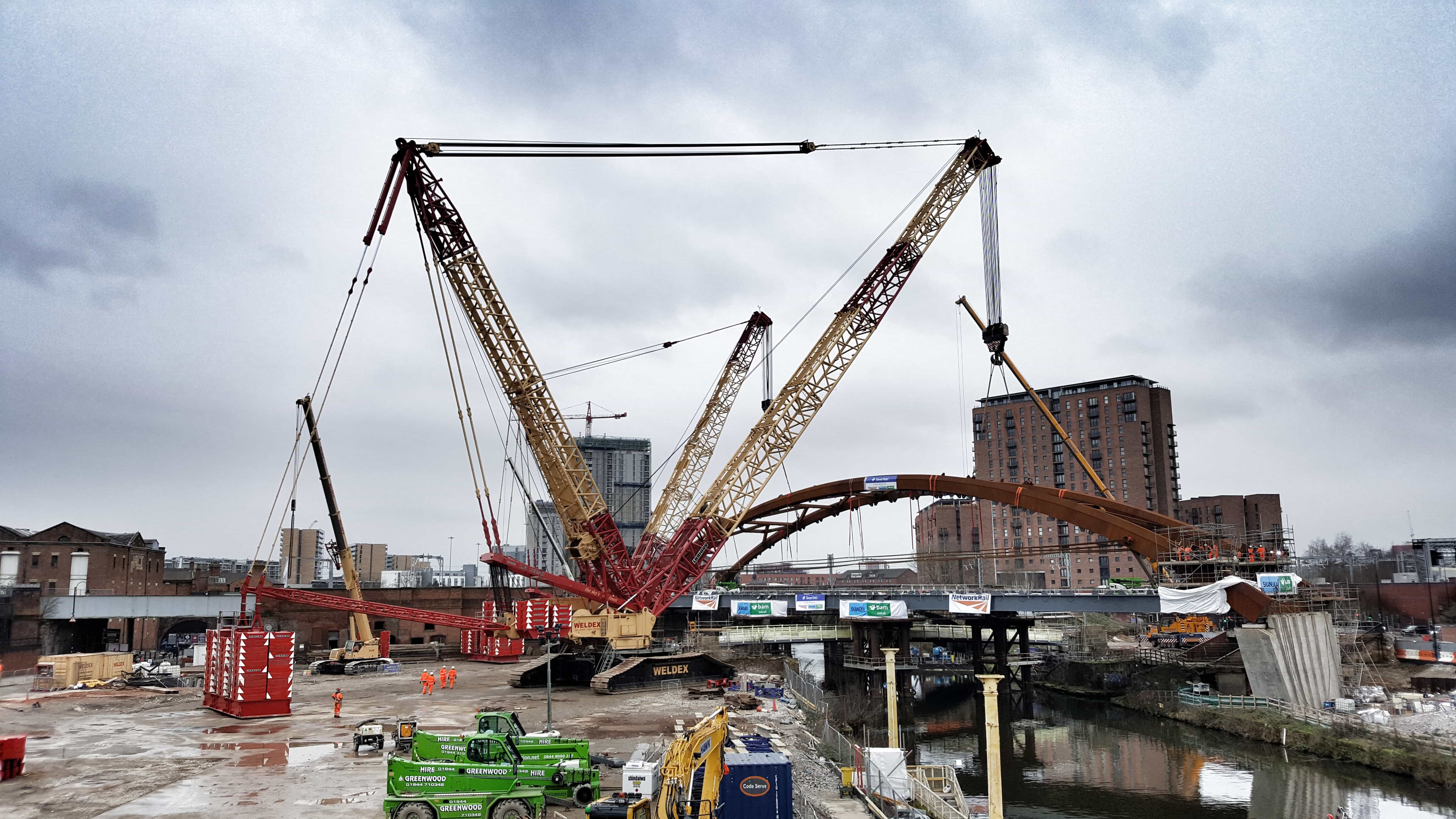