Today’s results highlight the continued disparity between young women studying core STEM subjects such as Maths and Physics (a core entry requirement for a career in engineering) in comparison to their male peers. According to figures published today by the Joint Council for Qualifications, 20,000 more boys took both Maths and Physics than girls in 2017.

There is some good news though with more girls taking Biology and Chemistry… but in Physics, Computing, Design Technology, Maths, Further Maths and ICT the boys remain on top.

AECOM, which employs over 7000 people in the UK, says the country needs to rethink the way STEM subjects and related careers are presented to girls from a young age, in order to increase the numbers choosing to enter technical professions.

“The major focus must be on drastically improving the quality of careers advice in schools in partnership with industry, so that every student is fully aware of the vast array of STEM careers out there, as well as the impact that their A-level subject choices can have on their future employment aspirations.”

Today the STEM worker shortfall is estimated to be approximately 69,000 thousand per year1. Without drastic change, UK key growth industries risk stalling and the UK has the potential to fall even further behind other European countries.

“Attracting and developing a diverse range of people from a variety of different backgrounds is vital if we are to maximise individual opportunity and meet the wider economic need. The industry needs to be smarter at tapping into the engineers of the future, in particular young women, many of whom don’t consider a STEM career as an option.”

AECOM, which has been involved in some of the nation’s highest profile engineering projects of recent years from the 2012 London Olympic Park to The Shard, Crossrail and HS2, delivers a number of schools programmes, with the aim of opening students’ minds to the opportunities available to them within a building engineering career. Their ‘Imagineers’ programme is currently underway in a number of local schools and aims to fill the UK’s technical skills gap by encouraging school children, especially girls, to consider engineering as a future career by setting their imaginations free in solving a global challenge. The firm also has an army of employee STEM ambassadors who volunteer their time and enthusiasm to encourage youngsters to study STEM subjects and promote the industry.

It’s also been widely reported that university applications have dipped this year, with Apprenticeships becoming an increasingly viable and attractive alternative to the formal degree route. AECOM has long championed this route into industry and is currently the largest recruiter of apprentices in its field.

Samantha Stanbridge joined AECOM in September 2011, initially as a receptionist before moving to an administration role in Transportation. Her strong performance in these roles meant that she was able to move into a technical role as an apprentice. The apprenticeship route had never been something that Samantha had considered. However, once she learnt what the apprenticeship could offer her, as well as a career path and progression, Samantha decided to take the opportunity and become an apprentice in the Traffic and Local Roads team. Samantha’s job includes designing a range of traffic and highway engineering schemes, including cycling facilities, along with junction and corridor improvements and larger neighbourhood safety schemes. Samantha is currently studying a Level 4 HNC in Civil Engineering, which involves day release once a week, to further develop Samantha’s career and knowledge. 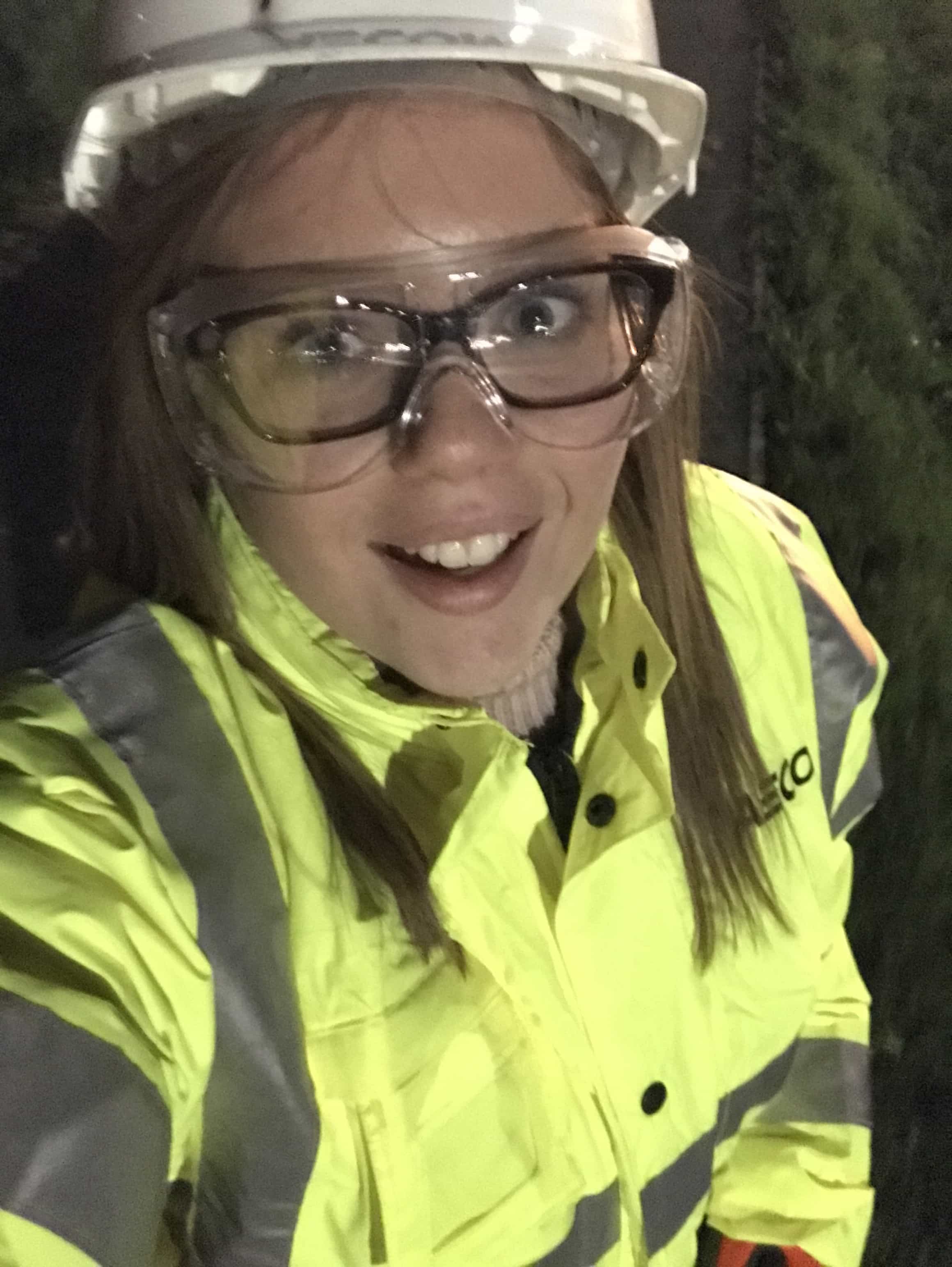 Reflecting on her apprenticeship experience so far, Samantha comments:

“Engineering is not just about constructing or fixing things but requires a lot of design, creativity, innovation and problem solving. Early exposure to the plethora of engineering roles and mentoring from an earlier age would definitely encourage more young women into the field. Apprenticeships are a fantastic example of this as you are exposed to an array of roles and disciplines form the outset. Earning whilst you learn is also an added bonus, as well as being supported through your academic studies without the worry of having a student loan hanging over you.”