Vibrant innovation ecosystems that bring together new, high-value businesses, researchers and related service providers are emerging across Australia and around the world. These places are attracting investors and workers, and generating much-needed economic growth. They will drive the next wave of jobs in Australia, as traditional sectors such as manufacturing and mining contract to a smaller share of the economy. 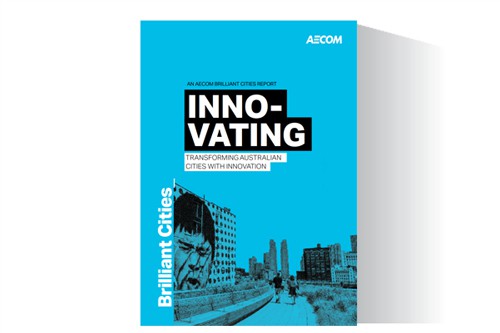 Innovation is a contact sport. How can innovation ecosystems drive the next wave of jobs in Australia?

The range of activity within these innovation ecosystems is vast. It might include the creation of slow-release medicines in tiny capsules or the development of new methods for reducing traffic congestion. A common thread is that the organisations driving the activity are all located in a single geographic area, whether it’s a campus, suburb or wider city region. This encourages collaboration and healthy competition.

This isn’t pie-in-the-sky thinking. From Emeryville in the San Francisco Bay Area to the city of Cambridge in the United Kingdom (UK), innovation ecosystems are hotspots for jobs and growth. Macquarie Park in Sydney, for example, has a concentration of innovation-driven business and academic institutions employing 45,000 people.
At stake is the future of our cities. As Australia’s population ages, our cities will increasingly need to compete with these foreign and local innovation hotspots for talent and funds. 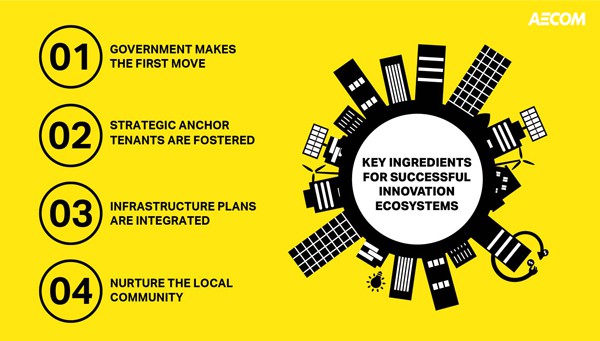 Figure 1: Four key strategies that developers, governments and urban planners have used – and should focus on in the future – to create successful innovation ecosystems.

Building on a recent report by the Future Cities Collaborative (FCC), an initiative of the United States Studies Centre at the University of Sydney, the report, titled Growing the Australian innovation economy, is based on findings from a May 2016 city exchange to the United States (US) by a group of city shapers from all of over Australia, including AECOM. The group studied innovation ecosystems in Boston, New York City, Philadelphia, San Francisco and Seattle. 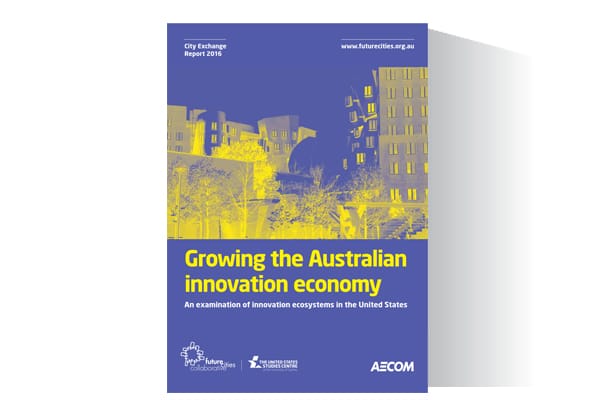 Between 2006 and 2011 start-ups added 1.44 million jobs to the Australian economy. Growing the Australian innovation economy highlights 10 key findings from the city exchange. Read the report.
READ THE REPORT ➝

We have also drawn on observations from interviews with stakeholders in the urban planning, start-up and infrastructure sectors in Australia. These investigations reveal that simply building infrastructure, a new university or a business campus won’t in itself attract innovators. Instead, key stakeholders must agree on a clear long-term vision, which encourages them to take responsibility in the place-making process. This vision should take into account a range of complex factors including local strengths, tenant mix, support networks, transport and data infrastructure, housing diversity and culture. ’

We also believe there is a need to reassess traditional assumptions about cities, such as the idea they should have single main business centres. If Australia can grow new areas of innovative business activity, then our cities will become more polycentric. Polycentric cities have multiple business centres with schools, parks and other facilities close by, making it more feasible for residents to live closer to their workplace. This can have dramatic benefits, including less time spent commuting and a greater sense of local community.

“There are 23,000 young Australians living in Silicon Valley at the moment”. Watch the highlights video from our recent event with the Hon. Rob Stokes, Minister for Planning

To appreciate the importance of innovation ecosystems to Australia’s future, try to imagine our cities without them. What if there were no concentrations of people and businesses working together to create globally competitive new products and services? What if we didn’t have easy linkages between entrepreneurs with energy and researchers with new ideas? What if those people spent more time in traffic than working productively? What if Australia wasn’t known for leadership in complex fields such as science, medicine or IT? And how dull would our cities be without places that bring together our best and brightest to work and play?

How can cities avoid this fate? The report outlines some of the key steps that governments, developers, educational institutions and others can take. These include the strategic application of planning controls, getting the right anchor tenants in place, considering the infrastructure that’s needed today, making informed decisions about what will be valuable in the future, and not overlooking critical ‘soft’ elements such as culture and social interaction.

For all the steps needed to achieve innovative cities read the report now.